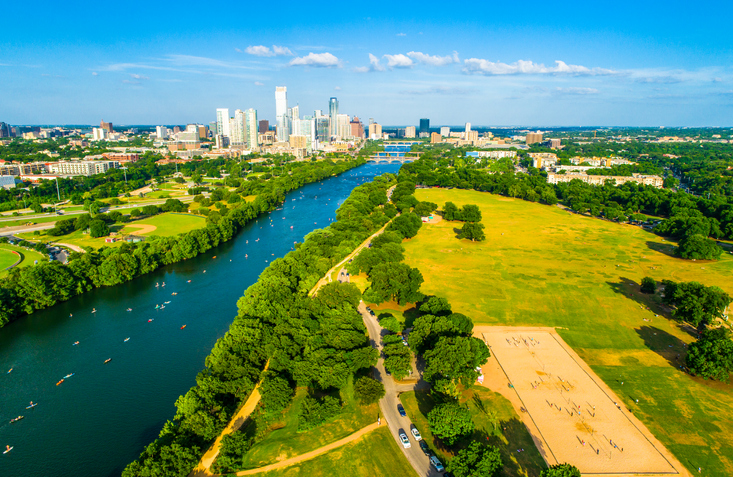 We’ve written about how the City of Austin is refusing to issue new permits to non-homestead rental properties. If you’re a short-term rental (STR) investor in Central Texas, or want to become one, you might be considering properties located near Austin (but outside the city limits) as a way to get around the city’s ban on new STRs. But proceed with caution—even small Texas towns have adopted or are considering municipal ordinances that regulate STRs.

The applicant must provide proof of ownership of the residence and “demonstrate to the satisfaction of the Director of Planning that the unit and property do not have any outstanding issues related to taxes or building, electrical, plumbing, fire, health, housing, police, planning, noise, or code enforcement provisions.” The Director of Planning has discretion to suspend or remove a property from the STR registry. Once a property is removed, it cannot be re-added to the registry for at least one year.

STRs are required to pay a hotel occupancy tax to the City of Cedar Park. There is no other specific mention of STRs in the city’s code of ordinances

STRs are required to pay a hotel occupancy tax to the City of Dripping Springs. And in August 2020, the city council approved a resolution establishing its priorities for the 87th Legislative Session, including its opposition to “legislation that lessens municipal authority to regulate land-use, including short-term rentals.” However, there is no specific mention of STRs in the city’s code of ordinances.

There is no specific mention of STRs in the City of Georgetown’s code of ordinances. During a regular meeting on July 26, 2022, the city council directed staff to prepare STR regulations for a potential STR workshop.

The City of Hutto’s Unified Development Code provides that “Rentals of residences for no more than 30 days are considered subject to the specific use permit review process. This provision does not prohibit home exchanges, where an owner trades their residence with that of another homeowner for a short time.”

The city council passed an ordinance in November 2021 regulating STRs. The ordinance requires all STR operators to obtain a permit from the city and pay a hotel occupancy tax, among meeting other requirements.

The city is required to inspect the premises before issuing a permit or renewal. An owner must designate the name and contact information of a local responsible party who can be contacted regarding immediate concerns and complaints from the public. The permit may be revoked by the city if the permit holder has received more than two citations for violations of the chapter on STRs or any other provision of the city’s code of ordinances within the preceding 12 months.

New Braunfels prohibits STRs in residential zoning districts and in any floodway located within the city limits, regardless of zoning district. All STRs must obtain a STR permit from the city, and some STRs are required to obtain an additional special use permit.

The city has provided a Short Term Rental Web Map where you can see where STRs are authorized, not authorized, or authorized with special permitting.

There is no specific mention of STRs in the City of Pflugerville’s code of ordinances. The city council discussed STRs during a regular meeting on May 4, 2022 but took no action. ​

City of Round Rock

There is no specific mention of STRs in the City of Pflugerville’s code of ordinances. The city council discussed STRs during a work session on May 10, 2016 but took no action.

The city allows residents who apply for special use permits to use their homestead residence or another residence within the city as a STR. STRs must meet the criteria contained in section 6.04.003 of the city code and cannot include rental of a guesthouse.