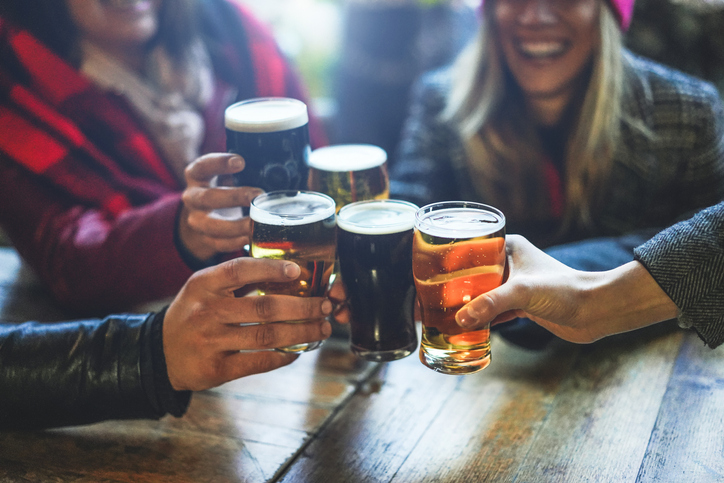 Based on the federal court order recently obtained by Cobb & Counsel on behalf of its client, CANarchy Craft Brewery Collective, craft brewers that produce less than 225,000 barrels annually at premises they own (rather than lease) can sell beer for on-premises and off-premises consumption without paying the “dock bump tax.”

History of the “dock bump tax” in Texas

In 2013, after years of lobbying by the craft brewing industry, the Texas Legislature finally allowed small production breweries to sell their product directly to customers to drink in the brewery’s taproom. Under the new law—Tex. Alco. Bev. Code §§ 12.052 and 62.122—brewers who produced less than 225,000 barrels annually could sell up to 5,000 barrels for on-site consumption. The pre-2013 law prohibited any direct sales by a production brewery, requiring samples to be free.

The 2013 legislation fueled tremendous growth in the craft brewing industry over the next few years. There were only 96 craft breweries in Texas in 2013—by 2017, there was 251 (over 160% increase).

In 2017, facing pressure from wholesale beer distributors, the Legislature amended Tex. Alco. Bev. Code §§ 12.052 and 62.122. The changes effectively forced craft brewers to stay small and reject significant outside investment from other breweries in order to keep operating their taprooms as they did from 2013-2017. That’s because when they reach a certain size—producing over 225,000 barrels annually across every location they or their investment partners own—they can’t sell beer in their taproom for on-premises consumption. If they fall within certain exceptions, they can still sell beer in their taproom for on-premises consumption—but they have to pay a distributor to deliver beer inside their own facility (known as the “dock bump tax”).

Specifically, the law provides that a brewer can sell beer for on-premises consumption only if the brewer’s “annual production of [malt beverages] . . . at all premises wholly or partly owned, directly or indirectly, by the [brewer] or an affiliate or subsidiary of the brewer], does not exceed a total of 225,000 barrels[.]” Tex. Alco. Bev. Code §§ 12.052(a); 62.122(a). Certain breweries that exceed the 225,000-barrel production threshold can still sell beer for on-premises consumption, if they meet one of the statutory exceptions:

If a larger craft brewer is allowed to sell beer in its taproom because it falls within one of the three exceptions above, then the brewer must pay what is commonly known as the “dock bump tax”—i.e. the brewer has to sell the beer to a distributor and buy it back before it can be sold in the taproom. See Tex. Alco. Bev. Code §§ 12.052(e); 62.122(e). The beer doesn’t even leave the facility.

Karbach Brewing Company (owned by Anheuser-Busch), Revolver Brewing (owned by MillerCoors), and Independence Brewing Company were grandfathered in—they could continue selling beer for on-premises consumption, at a location that was purchased on or before February 1, 2017, under the law that existed before the 2017 amendments (i.e., no dock bump tax). And they could each establish no more than two more taprooms, provided those facilities each produce less than 225,000 barrels annually and pay the dock bump tax.[1]

What’s the impact of the recent federal court ruling?

A federal court recently confirmed that barrels produced at premises leased by the brewer do not count towards the 225,000-barrel production threshold. This is significant, because it means that a brewer that leases all (or most) of its manufacturing facilities is very unlikely to exceed the 225,000-barrel production threshold.

In light of this ruling, other craft brewers who have high annual production should assess whether they now fall under the 225,000-barrel threshold. Brewers that fall under the 225,000-barrel production threshold (i) don’t have to pay the dock bump tax to sell beer in their taprooms for on-premises consumption and (ii) are authorized to sell beer to-go as well.

Cobb & Counsel helps businesses comply with Texas regulations, and we have significant experience representing Texas businesses and individuals in suits against Texas state agencies and other governmental bodies. If you need help navigating Texas’ complex liquor laws or other regulatory frameworks, contact us today.