Fuzzy on the Law: Are eight-liner gaming machines unconstitutional? 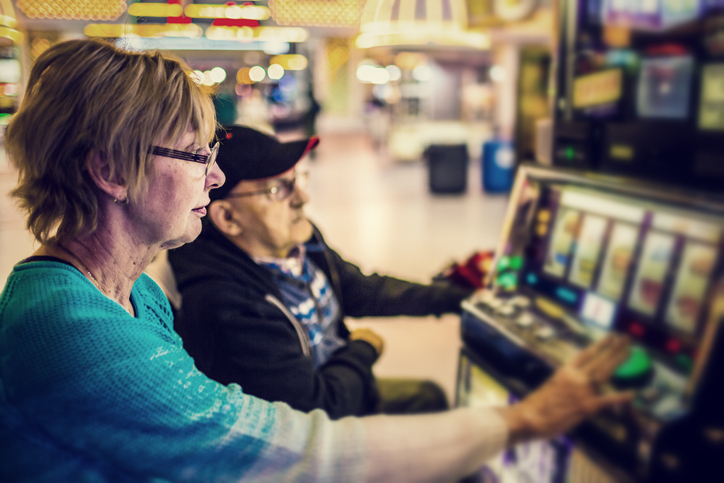 The legality of electronic gaming machines known as “eight-liners” has been debated in Texas for years. Although gambling devices are generally prohibited, eight-liner owners have taken the position that their machines fall within the so-called “fuzzy-animal exception.” In 2022, a Texas court of appeals held that eight-liners are lotteries and can’t be lawfully operated without a constitutional amendment. Now, the Texas Supreme Court may take up the issue. Does this mean the end of eight-liners in Texas?

The Texas Penal Code prohibits gambling devices that, for consideration, allow the player an opportunity to win anything of value. However, there is an exception—known as the fuzzy-animal exception—that allows operators to award noncash prizes that are worth $5 or less.[1] The legislature’s goal was to “clear up a gray area in the law by exempting bona fide amusement games such as the kind that allow persons to use skill to win fuzzy animals.”[2]

Soon after the exception was added in 1995, eight-liner owners began taking the position that their machines fall within the fuzzy-animal exception. Depending on how the eight-liner awards prizes, that argument has succeeded or failed in varying measures.[3]

In 1998, Texas Attorney General Dan Morales issued an opinion agreeing that the exception is unconstitutional “because it contravenes the Texas Constitution’s proscription of ‘lotteries.’”[4] About ten years later, then-Attorney General Greg Abbott reaffirmed that conclusion.[5] The Texas Supreme Court has never addressed the issue, allowing the legal dispute (and confusion) to continue.

In 2017 and again in 2019, Texas Senator Bob Hall (R-Edgewood) proposed legislation to include eight-liners in the Penal Code’s definition of “gambling devices,” thus making it illegal to play and bet for money or other thing of value on an eight-liner. The bills died in committee without receiving a hearing.

In 2013, the Texas Legislature amended the Local Government Code to give certain Texas counties the authority to regulate the operation of game rooms.[7] The law was amended in 2019 to expand that right to all Texas counties.

For example, in April 2022, the Llano County Commissioners Court adopted an ordinance regulating game rooms with six or more eight-liners or other amusement redemption machines. Under the new Llano County ordinance:

Blanco County, Caldwell County, and Orange County, among others, have adopted similar ordinances. Although the Local Government Code authorizes counties to regulate game rooms, those provisions do not legalize any activity prohibited under the Penal Code or other state law.

The Local Government Code does not authorize municipalities to regulate game rooms, but that didn’t stop Bridge City, Texas or Odessa, Texas from doing so in 2022. After spending considerable time discussing game rooms in 2022, and collecting $810,000 from game room business license applications and stickers that year alone, the City of Odessa decided to stop accepting new business applications from game rooms and let existing permits expire on December 31, 2022.

City of Fort Worth v. Rylie

Whether eight-liners are illegal gambling devices may eventually be decided by the Texas Supreme Court, in a lawsuit filed by game room operators against the City of Fort Worth.

In 2014, responding to what it perceived as the “deleterious effects [of game rooms] on the community,” the Fort Worth City Council passed ordinances designed to rein in the proliferation of such establishments. Game room operators filed suit challenging the ordinances, and the city counterclaimed for a declaration that the Penal Code’s fuzzy-animal exception is unconstitutional.

In March 2022, the Fourth Court of Appeals held that eight-liners are lotteries, because they involve the three elements of a lottery: chance, prize, and consideration.[8] Because eight-liners are lotteries, they cannot be lawfully operated without an amendment to the Texas Constitution. “Even with the best of intentions,” the court said in its opinion, “the legislature cannot sanction a lottery of any type; a constitutional amendment is necessary.”[9] The court of appeals declined to reach the fuzzy-animal exception’s applicability or constitutionality.

The game room operators filed a motion for rehearing en banc in the Fourth Court of Appeals, which was denied, and then filed a petition for review with the Texas Supreme Court, which is pending as of January 13, 2023. Until voters approve a constitutional amendment, or the Texas Supreme Court chimes in, eight-liner gaming rooms will operate on precarious legal footing.