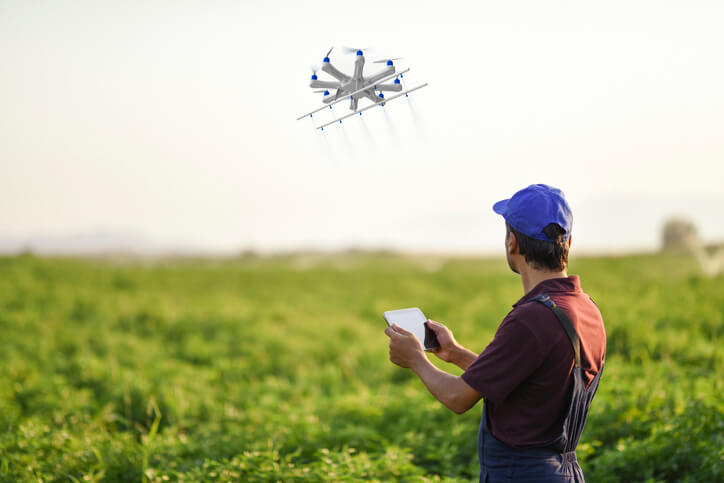 It’s the question on everyone’s mind when a drone flies over their property—can I shoot it down? The short answer is no. Each drone encounter requires a fact-specific analysis of the legality of whether you can shoot it down. There are many lawful uses for drones under state law. If you shoot down a drone that is lawfully operating, you could be held liable for damages, and may even face criminal penalties for discharging a firearm in violation of city or county law. No matter how tempting it might be to fire at a pesky drone, just don’t do it.

If you shoot down a drone, you could be in trouble with law enforcement. Under state law, it is a Class A misdemeanor offense to recklessly discharge a firearm inside the corporate limits of a city with a population of 100,000 or more.[1] The Texas Court of Criminal Appeals has held that discharging a firearm into the sky amidst a crowd of people, or in the backyard of a residential neighborhood, or in a public park is reckless.[2]

Cities are allowed to adopt their own ordinances regulating “the discharge of firearms or air guns within the limits of the municipality, other than at a sport shooting range.”[3] Many cities in Texas have these types of ordinances on the books.

Even if you live on more than 10 acres, or there are no city or county prohibitions on discharging a firearm; think twice about shooting that drone down—there are many LAWFUL uses for drones under Texas law.

Section 423.002 of the Texas Government Code[5] sets out 21 circumstances where it is lawful for a drone to capture an image:

Section 423.002 of the Texas Government Code,, which sets out these lawful uses of drones, was held unconstitutional by a federal district court in March 2022. The court held that Section 423.002 and several other drone-related provisions in the Texas Privacy Act violate the First and Fourteenth Amendments of the U.S. Constitution. The state defendants in that case have appealed the federal district court’s decision to the Fifth Circuit Court of Appeals (Cause No. 2022-50337). Since the decision has been appealed, and the Texas Legislature could amend the law when they convene in 2023, the future of this provision remains somewhat uncertain.

Ultimately, if you shoot down a drone that is lawfully operating, you could be held liable for damages.

But if can’t shoot it, what can I do?

First, call local law enforcement, especially if you believe it is taking pictures. Under Section 423.003 of the Texas Government Code, it is a Class C misdemeanor offense to use a drone to capture an image of an individual or privately owned real property “with the intent to conduct surveillance on the individual or property captured in the image.”[6]

However, your local prosecutor may decide not to press charges, because Section 423.003 is one of the provisions in the Texas Privacy Act that were held unconstitutional by a federal district court (discussed above). Local authorities will likely wait to prosecute anyone under the Texas Privacy Act until the appeal in that case has been resolved (or the Texas Legislature has amended the law).

Can I sue the drone’s owner?

The Texas Privacy Act provides for a private cause of action against any person who unlawfully captures an image using a drone.[7] However, that provision was held unconstitutional by a federal district court. If you filed a lawsuit against a drone operator under the Texas Privacy Act, you’d be unlikely to obtain any relief before the appeal of that decision is resolved or the Texas Legislature amends the law.

You may have two possible causes of action at your disposal—trespass and nuisance. Unfortunately, there is scant case law in the developing area of drones, so there’s not a clear path forward and the possibility of success depends on the circumstances of your specific situation.

Trespass is the unauthorized entry onto the land of another.[8] At common law, a property owner’s rights to his land reached into the sky under the adage cajus est solum ejus est usque ad coelum, meaning he who owns the soil owns up to the heavens. But the advent of air travel technology, which necessitated public access to airspace, restricted these private property rights. In United States v. Causby (decided in 1948), the U.S. Supreme Court balanced these two concerns by holding the landowner “must have exclusive control over the immediate reaches of the enveloping atmosphere” but that there is a public interest to treat the “air as a public highway.” Essentially, there is no exact height at which the space above your property is yours.

The Second Restatement of Torts 159(2) (1965) interpreted the Causby case as “Flights by aircraft in the airspace above the land is a trespass if, but only if, (a) it enters into the immediate reaches of the airspace next to the land and (b) it interferes substantially with the other’s use and enjoyment of the land.”

The “substantial” part of a nuisance claim causes problems in a drone context. Unless the drone is flying over your property every day for long periods of time, it is unlikely courts will find the drone is interfering with the use and enjoyment of your property. Trespass and nuisance law have snot caught up with the technology of drones, leaving courts to apply out-of-date jurisprudence to the new reality of unmanned aircraft flight.