No pictures, please: Does the First Amendment protect news drones? 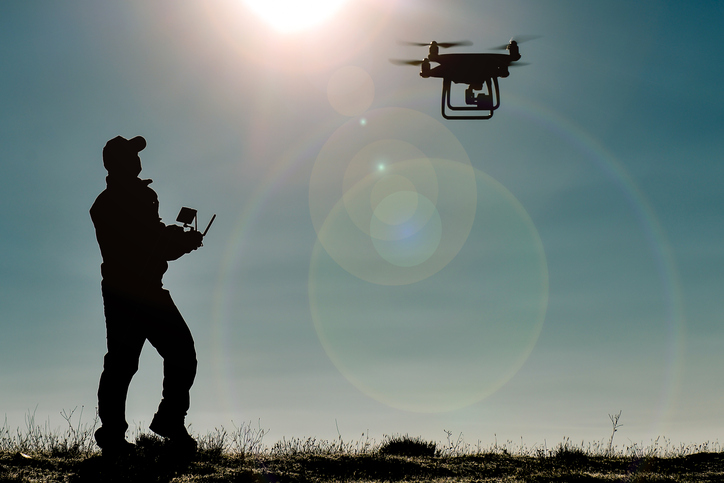 Under the Texas Privacy Act, it’s a criminal offense to use a drone to take pictures of an individual or private property “with the intent to conduct surveillance.” In 2019, a group of media organizations and journalists that use drones for newsgathering purposes filed a suit challenging the law. Earlier this year, a federal district court ruled in their favor, holding that the Texas law violates the First Amendment and that the term “surveillance” in the statute is void for vagueness. Because the state has appealed the decision, and the legislature could amend the law when they convene in 2023, the future of news drones in Texas remains somewhat uncertain.

At least 44 states, including Texas, have passed laws since 2013 addressing unmanned aircraft systems (UAS), commonly known as drones. Many state laws attempt to address privacy concerns by regulating where drones can fly and for what purpose.

Under Section 423.003 of the Texas Government Code, it is a Class C misdemeanor offense to use a drone to capture an image of an individual or privately owned real property “with the intent to conduct surveillance on the individual or property captured in the image.”[1] Possessing, disclosing, displaying, distributing, or otherwise using that such an image is also a criminal offense.[2] These prohibitions are part of the Texas Privacy Act, which was enacted in 2013.

Opponents of the law argued in 2013 that the bill would hinder free speech and a free press. Eventually, those fears came to pass. A group of media organizations and journalists filed a suit challenging the law in September 2019, after they experienced problems using drones for newsgathering purposes.

The National Press Photographers Association, one of the plaintiffs in the case, alleged that newsgathering by their journalist members is chilled by the criminal penalties in Section 423.003. Among other incidents, one plaintiff was threatened with arrest when using a drone to report on an arson fire at an apartment complex. Another plaintiff was prohibited from using his drone to record the Texas Rangers ballpark for a newspaper, even though the Rangers used the same type of photography for their own commercial purposes.

In March 2022, a federal district court ruled in favor of the media organizations and journalists, holding that the Texas statutes limiting drone photography violate the First and Fourteenth Amendments and are therefore unconstitutional.[3]

Whether drone photojournalism is covered by the First Amendment

The court held that the process of creating photographs and video by drone “finds just as much protection in the First Amendment as the images themselves do.” The court was unpersuaded by the state defendants’ argument that drone photography cannot be entitled to First Amendment protections because it was not contemplated by the Framers; indeed, “[a]pplying the Constitution’s protections to new technological contexts is far from a novel exercise.” Accordingly, the court held that “as a matter of law, use of drones to document the news by journalists is protected expression and . . . implicates the First Amendment.”

Whether Section 423.003 violates the First Amendment

The court held that the surveillance provision is presumptively invalid, because it is a content-based restriction (i.e., a restriction that requires the enforcing official to inquire into the contents of the image to determine whether it is prohibited).

Applying strict scrutiny, the court held that the surveillance provision is not “actually necessary” to protect private property, individual privacy, and the safety of critical infrastructure facilities, because the state “failed to establish that alternative means are insufficient to sufficiently protect these interests.” Indeed, there are other Texas laws that protect privacy and private interests, such as the criminal trespass statute.

The court also held that the surveillance provision was not narrowly tailored as required by the First Amendment. The law “effectively outlaws the use of UAVs for newsgathering on private property—constituting 95 percent of the state.”

Because the surveillance provision is neither “actually necessary” nor “narrowly tailored,” it did not withstand strict scrutiny and the court concluded that it violates the First Amendment.

Meaning of the term “surveillance”

The court also held that the term “surveillance”—which is not defined by the law—is void for vagueness. The parties offered a variety of dictionary definitions to the court, but none conclusively included or excluded journalism. “Without knowing what constitutes surveillance,” the court said, “it is impossible to know whether one’s intention constitutes that prohibited activity.”