Fall back, for the last time? The end of daylight saving time in Texas 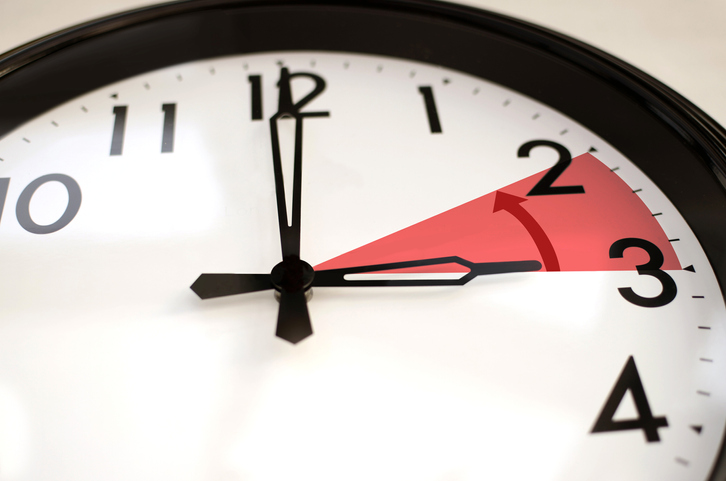 In March 2022, the U.S. Senate unanimously passed the Sunshine Protection Act, which would make daylight saving time permanent year-round for most states, including Texas. But the bill lost momentum in the House and has not become law. The Texas Legislature has considered legislation on daylight saving time more than 20 times since 1966. It has never passed because of differing opinions on whether standard time or daylight saving time would be the best to follow throughout the year. So don’t forget to set your clocks back by one hour on November 6 (“fall back”)—we’re stuck with daylight saving time for at least one more year.

For most of our country’s history, the decision whether to observe daylight saving time and the period for such observance was largely made on a local basis. In the early 1960s, it was possible to encounter seven time changes while driving 35 miles from Steubenville, OH, to Moundsville, WV.[1]

In April 1966, Congress enacted the Uniform Time Act of 1966 (15 U.S.C.A. §§ 260–267) (the “Act”), making daylight saving time mandatory nationwide. The Act was “designed to eliminate the confusion and unnecessary costs which ensued from the prior conflicting standards which had existed throughout the nation.”[2]

Daylight saving time is not observed in Hawaii, American Samoa, Guam, Northern Mariana Islands, Puerto Rico, the Virgin Islands, and most of Arizona, according to the U.S. Department of Transportation.

If a state observes daylight saving time, it must begin and end on the federally-mandated dates—springing forward on the second Sunday of March and falling back on the first Sunday of November each year.[4]

Congress actually did away with daylight saving time for a short period in the 1970s, but it was very unpopular. Facing an energy crisis, Congress passed a law to make daylight saving time permanent for two years. The hope was that more sunlight in the evening would reduce energy consumption. The experiment only lasted a year before Congress repealed the law. As it turned out, “Americans do not like changing their clocks, but they disliked even more going to work and school in the dark for months.”

Legislation to end daylight saving time has been considered more than 20 times in the Texas Legislature since the federal uniform time change requirement was enacted in 1966. According to a 2019 bill analysis by the Texas House Research Organization, the legislation has never passed because of differing opinions on whether standard time or daylight saving time would be the best to follow throughout the year.

During the regular session and three special sessions of the Texas Legislature in 2021, at least 13 bills were introduced relating to daylight saving time. None received a committee hearing.

Similar legislation was introduced in 2019, with more success. HJR 117 proposed a constitutional amendment authorizing a statewide referendum allowing voters to indicate a preference for exempting the state from daylight saving time or observing daylight saving time year-round. The bill passed the House (with a vote of 133 Yeas and 9 Nays) but died in the Senate and was never put to the voters.

Pre-filing for the 2023 legislative session begins on November 14, 2022, and we are sure to see more bills related to daylight saving time. Will 2023 be the year that Texas finally does away with it?