Municipal Noise Ordinances: One Man’s Noise is Another Man’s Nuisance 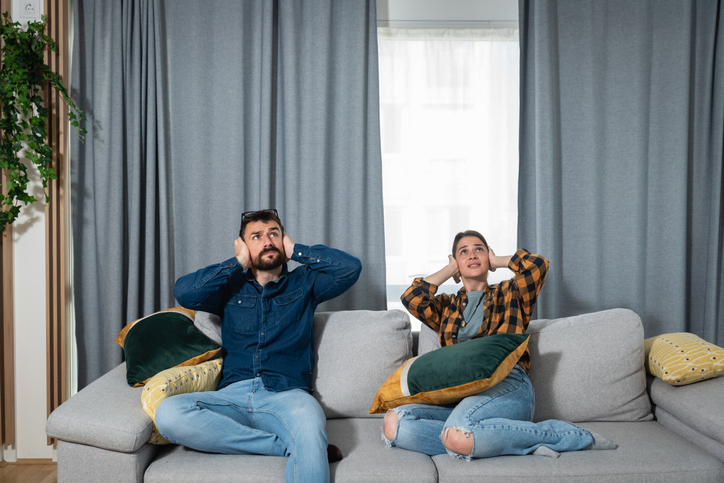 From car stereos and barking dogs, to rowdy bars and music venues, noise pollution is all around us. The U.S. Supreme Court has recognized that government “has a substantial interest in protecting citizens from unwelcome and excessive noise,” even in public areas like parks. In Texas, state law criminalizes noise that exceeds a decibel level of 85 after the person making the noise receives a notice from law enforcement that the noise is a public nuisance. Cities may pass their own ordinances regulating noise.

There are a few state laws related to noise, but regulation is generally left to the discretion of local governments.

Under state law, noise is regulated under offenses involving disorderly conduct. Section 42.01 of the Texas Penal Code provides that “a person commits an offense if he intentionally or knowingly . . . makes unreasonable noise in a public place other than a sport shooting range . . . or in or near a private residence that he has no right to occupy.”[1]

A noise is presumed to be “unreasonable” if the noise exceeds a decibel level of 85 after the person making the noise receives notice from a magistrate or peace officer that the noise is a public nuisance.[2]

There is an exception for noise made by young students at school—there is no offense if the noise was made by “a student in the sixth grade or a lower grade level, and the prohibited conduct occurred at a public school campus during regular school hours.”[3]

A disorderly conduct offense based on unreasonable noise is a Class C misdemeanor under Section 42.01 of the Texas Penal Code.[4]

The Texas Transportation Code also addresses noise, by requiring all motor vehicles to be “equipped with a muffler in good working condition that continually operates to prevent excessive or unusual noise.” Drivers are not permitted to use a muffler cutout, bypass, or similar device.[5]

As discussed below, state law prohibits cities from regulating the discharge of a firearm or air gun at a sport shooting range.

Many municipal ordinances include a “reasonableness” standard for a noise violation. For example, the City of Austin prohibits the making of noise that “disturbs a reasonable person of normal sensibilities” during the hours of 10:30 pm – 7:00 am. The City of Waco prohibits the making of sound that “unreasonably disturbs, injures, or endangers the comfort, repose, health, peace or safety of others within the limits of the city.”

In State of Texas v. Holcombe, the Texas Court of Criminal Appeals considered whether a city ordinance that prohibits playing music “in such a manner as to . . . unreasonably disturb or interfere with the peace, comfort and repose of neighboring persons of ordinary sensibilities” is unconstitutionally vague. The court upheld the city ordinance, because the ordinance provided an “objective reasonable-person standard by referring to ‘neighboring persons of ordinary sensibilities’ and banning noise that ‘unreasonably disturb[s] or interfere[s] with the peace, comfort and repose’ of such persons.” Although the city’s noise ordinance “does allow a degree of police judgment, that judgment is confined to the judgment of a reasonable person.”[6] The court held that the defendant’s conduct—blaring music from his car stereo at 2:30 am at a volume so loud it could be heard from 120-150 feet away—was prohibited under the city’s noise ordinance.

In contrast, the Waco Court of Appeals held that a municipal noise ordinance was unconstitutionally vague when it allowed an individual to be convicted for causing “unnecessary noise” when spinning his wheels or turning his vehicle. The court held that, while the term “unreasonable” provides a well-accepted objective standard, the term “unnecessary” fails to “provide adequate notice of what constitutes unnecessary noise.”[7]

Cities are prohibited from regulating “the discharge of a firearm or air gun at a sport shooting range.” Any municipal ordinance, resolution, rule, or policy that attempts to do so is void.[8]

A “sport shooting range” is defined as “a business establishment, private club, or association that operates an area for the discharge or other use of firearms for silhouette, skeet, trap, black powder, target, self-defense, or similar recreational shooting.”[9]

Cities are permitted, however, to regulate the use of property under their zoning ordinances, so a city may prohibit a “sport shooting range” as a permitted use in its corporate limits.[10] Cities are also permitted to regulate the hours of operation of a sport shooting range, so long as the limitation on hours of operation is not more limited than other businesses in the city (other than a business permitted or licensed to sell or serve alcoholic beverages for on-premises consumption).[11]