Know When to Hold’em: Are poker clubs legal in Texas? 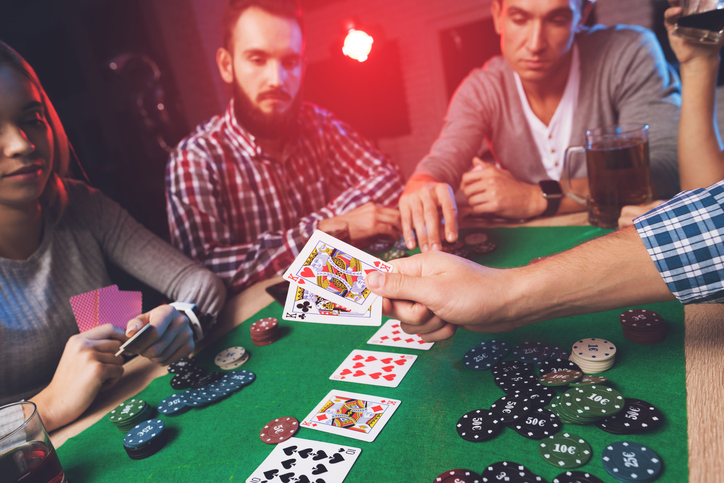 Private poker clubs have popped up all over Texas in recent years. Owners of these clubs claim they are operating in accordance with Texas’s gambling laws by charging membership fees, instead of taking a rake. Local enforcement varies. Until voters approve a constitutional amendment legalizing poker clubs, or a case makes its way to the Texas Supreme Court, these establishments will operate on precarious legal footing.

Gambling has been prohibited in Texas for most of the state’s history.[1] Article III, section 47 of the Texas Constitution states that “[t]he Legislature shall pass laws prohibiting lotteries and gift enterprises in this State.” In accordance with that mandate, the legislature enacted Chapter 47 of the Texas Penal Code, titled “Gambling.”

Over time, the Texas Constitution has been amended to allow charitable bingo, charitable raffles, and a state-operated lottery.[2] Horse and dog racing (pari-mutuel) was legalized by a statewide referendum.

Poker clubs have not been legalized by constitutional amendment or statewide referendum but are generally allowed (or overlooked).

Poker clubs began popping up around Texas around 2015.[3] Owners of these clubs claim they are operating in accordance with Texas’s gambling laws by charging only membership fees, rather than taking a percentage of the pot.

Under section 47.02 of the Texas Penal Code, a person commits an offense if he “plays and bets for money or other thing of value at any game played with cards[.]”[4] It is a defense to prosecution under section 47.02 if three elements are met:

(1) the game is played in a private place (defined as “a place to which the public does not have access”[5]);

(2) no person receives any economic benefit other than personal winnings; and

(3) except for the advantage of skill or luck, the risks of losing and the chances of winning are the same for all participants.

In addition to the offense of participating in gambling, it is a criminal offense under section 47.04 of the Texas Penal Code to “keep[] a gambling place” by using or allowing another to use one’s property “as a gambling place.”[6] A “gambling place” is defined as any real estate used for the “making or settling of bets.”[7] Section 47.04 repeats the same three-element defense to prosecution.

Private poker clubs arguably satisfy the first and third elements of the defense. The first element—that the game take place in a “private place”—is likely met by the members-only nature of these clubs. However it can be argued that a club isn’t really private if anyone can walk in, become one of hundreds or thousands of other members, and play. If the club is hosting fair games, the third element—that all participants bear equal risk—is also met.

The second element—that no person receive any economic benefit other than personal winnings—is trickier. The owner of a private poker club is receiving an indirect economic benefit from their gambling-based membership program, arguably disqualifying them from the affirmative defense against keeping a gambling place.

Some poker clubs in Texas have operated successfully for years, while others have faced legal pushback. Enforcement varies depending on the interpretation of gambling laws by local law enforcement and city attorneys.

In March 2022, a county sheriff’s department raided and shut down the Top Shelf Poker Club (formerly known as Tilt Poker Room) in Flint, Texas, about 100 miles from Dallas. When the club opened in October 2017, Smith County Commissioner Jeff Warr said “There are no ordinances that prohibit Tilt Poker Room from operating. The owners want to operate within the law.” After the raid in March 2022, District Attorney Jacob Putman told local news that “Any gambling with economic benefit to the business is illegal.” Putman took office in January 2019. On its Facebook page, Top Shelf Poker Club said it “will continue to fight these civil and criminal cases at hand for however many years it takes.”

Until voters approve a constitutional amendment, or a case makes its way to the Texas Supreme Court, poker clubs will operate on precarious legal footing—hoping that local officials don’t have a sudden change of heart.