Courts to Decide Whether Governor has Unlimited Power in a Disaster 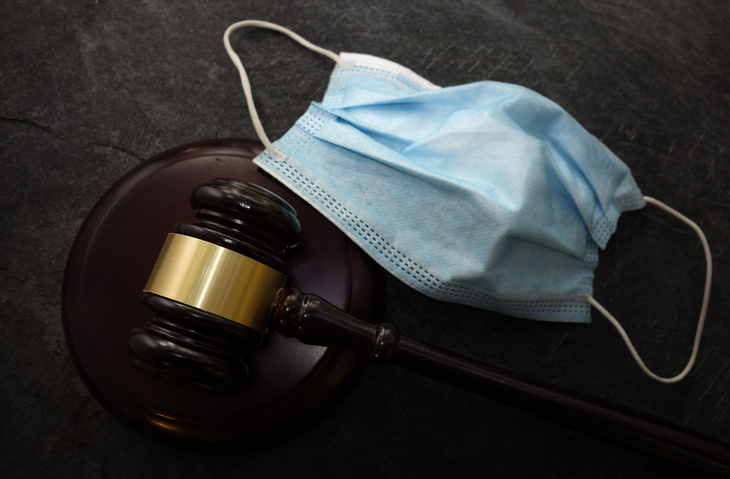 Since the pandemic began, at least 30 lawsuits have been filed challenging the constitutionality of Governor Abbott’s coronavirus-related executive orders and proclamations. Most of these challenges have failed procedurally—for mootness, lack of standing, or lack of subject matter jurisdiction. But certain plaintiffs challenging Governor Abbott’s executive order prohibiting local mask mandates have had some success, obtaining temporary injunctions against enforcement of the order. Are the tides finally beginning to turn against the governor’s emergency powers?

Since March 2020, at least 30 lawsuits have been filed in state and federal court challenging the constitutionality of Governor Abbott’s coronavirus-related executive orders and proclamations.

Texas courts have generally dismissed these cases based on mootness, lack of standing, or lack of subject matter jurisdiction, and have generally denied plaintiffs’ requests for temporary injunctions and temporary restraining orders—effectively approving the governor’s use of expansive powers during a pandemic.

Plaintiffs have invoked a broad variety of constitutional provisions and statutes, including equal protection, due process, free speech, and religious freedom. Plaintiffs have also claimed that Governor Abbott’s executive orders and proclamations are ultra vires (outside the scope of his authority) and that the Texas Disaster Act violates the suspension clause and the separation of powers clause of the Texas Constitution.

The suspension clause is found in Article I, Section 28 of the Texas Constitution, which provides that: “No power of suspending laws in this State shall be exercised except by the Legislature.” As we discuss in our October 2020 paper, The Texas Disaster Act—This is What Democracy Looks Like?, the suspension clause exists to prevent the Governor’s attempt to unilaterally suspend laws without legislative authority.

While litigants have been generally unsuccessful so far in challenging the governor’s COVI-19 executive orders, “a different case may require courts to confront head-on the constitutional extent of gubernatorial power under the Texas Disaster Act.” Tex. League of United Latin Am. Citizens v. Hughs, 20-50867, 2020 WL 6023310, at *5 n.7 (5th Cir. Oct. 12, 2020).

In each of these cases, the trial court also denied the Governor’s plea to the jurisdiction, affirming the court’s jurisdiction to hear the dispute.

In the Harris County and La Joya cases, Governor Abbott appealed, and the Third Court of Appeals affirmed the trial court’s orders. Governor Abbott has filed a petition for review with the Texas Supreme Court in each case, and the petitions remain pending as of October 1, 2022.

The case of City of San Antonio and Bexar County v. Abbott is set for trial before the Bexar County district court on February 20, 2023.

Whether any Texas court will find Governor Abbott’s coronavirus-related executive orders and proclamations to be unconstitutional remains to be seen.