Getting Your Message Across: Municipal Regulation of Signs 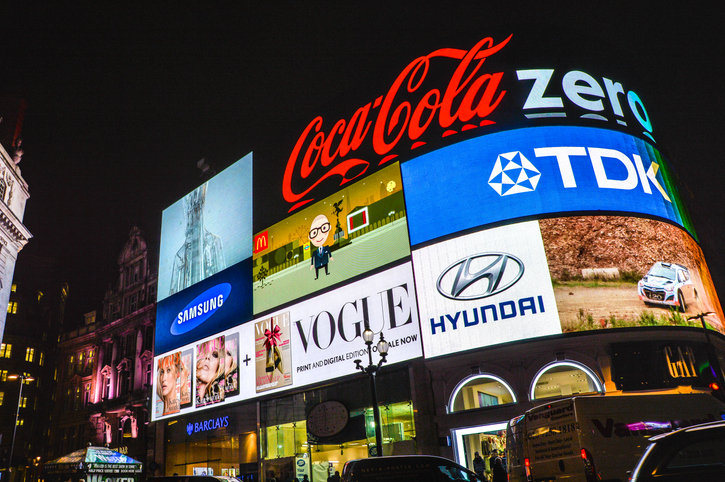 The authority to regulate signs in Texas lies with the Texas Department of Transportation (TxDOT) and municipal governments, depending on where the sign is located. Cities can regulate signs within their corporate limits and extraterritorial jurisdiction but cannot impose content-based restrictions. If a city requires the relocation, reconstruction, or removal of a sign, the owner is generally entitled to compensation.

If a city demonstrates to TxDOT that it has established and will enforce sign regulations that are consistent with the Federal Highway Beautification Act, a city can become “certified” to control commercial signs along the portion of interstate and primary highways running through its jurisdiction. 43 Tex. Admin. Code § 21.200. If a city is TxDOT-certified, a sign permit issued by the city is accepted in lieu of a state permit issued by TxDOT. As of August 6, 2021, there were 32 TxDOT-certified cities, including Dallas and Houston.

A city has authority to regulate signs within its corporate limits and can extend and enforce its sign ordinances within its extraterritorial jurisdiction (ETJ), superseding TxDOT’s authority in that area. Tex. Loc. Gov’t Code §§ 216.003; 216.902. A “sign” is broadly defined to include any outdoor structure, sign, display, light device, figure, painting, drawing, message, plaque, poster, billboard, or other thing that is designed, intended, or used to advertise or inform. Tex. Loc. Gov’t Code § 216.002.

A city can regulate the size, materials, and other aesthetic aspects of a sign, but content-based restrictions raise First Amendment issues and could be invalidated.

In Reed v. Town of Gilbert, Ariz., 576 U.S. 155 (2015), the U.S. Supreme Court unanimously invalidated an ordinance that treated signs differently based on their content. The Town of Gilbert’s sign ordinance imposed far more restrictions on “Temporary Directional Signs Related to a Qualifying Event” than on “Ideological Signs” or “Political Signs.” A pastor who posted temporary directional signs for his church service challenged the ordinance on First Amendment grounds. The Court invalidated the ordinance because the town could not show that the content-based distinction furthered a compelling interest and was narrowly tailored to achieve the town’s interests.

On June 28, 2021, the U.S. Supreme Court agreed to hear a dispute over whether the City of Austin violated the First Amendment by regulating the location of digital billboards. The City of Austin allows digital billboards on the property of businesses that are advertising their products (i.e., Austin allows digital signs on-premise) but prohibits them anywhere else. The issue presented to the Court is whether the city code’s distinction between on-premise and off-premise signs is a facially unconstitutional content-based regulation under Reed.

A city generally may not prohibit or restrict the size of signs with a “primarily” political message, such as a campaign sign located on private land, unless the sign is available for rent or purchase to carry commercial advertising or is a billboard-size sign that is illuminated or has any moving elements. A city may not charge a placement fee, require permits for political signs, or charge more for removal than it would for other signs. Tex. Elec. Code § 259.003.

Signs in a city’s right-of-way

Generally, state law generally prohibits signs in city rights-of-way. A sign owner must request a city’s permission before a sign may be legally placed in the right-of-way of a road or highway maintained by the city. Tex. Transp. Code § 393.0025. If a sign is placed in a city’s right-of-way without the city’s permission, it can be confiscated without compensation to the owner of the sign. Tex. Transp. Code § 393.003.

Relocation, reconstruction, or removal of signs

A city can’t enforce its signage regulations without first designating a municipal board on sign control. The board must be composed of two real estate appraisers, one person involved in the sign industry, one TxDOT employee, and one architect or landscape architect. Tex. Loc. Gov’t Code § 216.004. The board is tasked with determining the compensation to be paid to owners of relocated, reconstructed, or removed signs.

Before the board makes a determination on the amount of compensation, the city must give the sign owner an opportunity for a hearing. Once the board makes its decision, any aggrieved person has 20 days to appeal by filing a verified petition in district court. Tex. Loc. Gov’t Code § 216.014. Compensation may be examined by a court for its reasonableness, and if the compensation payments are provided over a period longer than one year, the duration’s reasonableness may also be examined. Tex. Loc. Gov’t Code § 216.005.