How to become a brewer—without owning a brewery 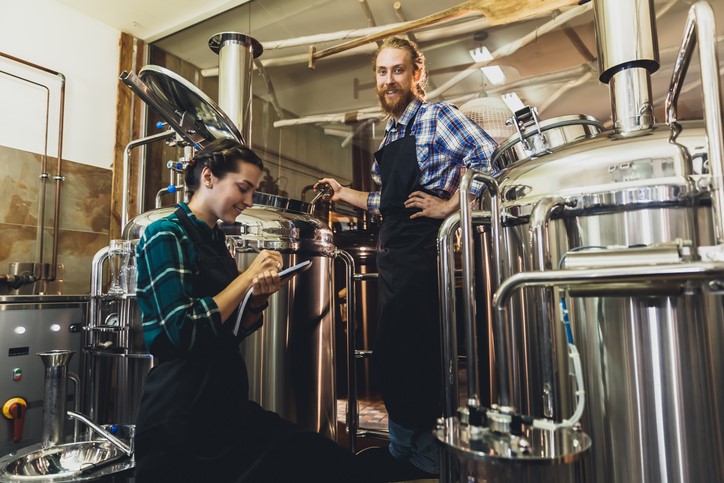 Thinking about turning your beer brewing hobby into a business? Taking the plunge can cost hundreds of thousands of dollars—you’ll need space, equipment, and raw materials, not to mention license and permit fees, insurance, labor, and marketing costs. If you want to start small, you might consider contract brewing or an alternating proprietorship.

What is the difference between contract brewing and alternating proprietorships?

There are many ways a contract brewing deal or alternating proprietorship can be structured, and in either arrangement, the written agreement between the two breweries should specify who is responsible for what.

Contract brewing and alternating proprietorships are not new, although the concept faced some early criticism from industry purists who thought it lacked authenticity, passion, and quality control.

Boston Beer Company (creator of Sam Adams) skyrocketed to early craft beer fame in the 1980s as a bona fide “Boston” brewery, despite the fact that much of its beer wasn’t produced in Boston or even Massachusetts. According to a 2001 SEC filing, Boston Beer Company was brewing its beer under contract at breweries in North Carolina, Washington, New York, and Pennsylvania, in addition to brewing at its company-owned breweries in Ohio and Massachusetts—a strategy that provided the company “flexibility as well as quality and cost advantages over its competitors.”

Contract brewing and alternating proprietorships are growing in popularity among emerging and established brewers alike. “The average beer drinker is less concerned with where [beer is] made than what it tastes like,” Cigar City Brewing founder Joey Redner told the Brewer’s Association in 2014. “I’d rather be brewing than building breweries.”

Can I enter a contract brewing deal or alternating proprietorship in Texas?

As a general rule, the Texas Alcoholic Beverage Commission (TABC) can issue a permit or license to only one person per location. Tex. Alco. Bev. Code § 61.41.

In 2013, the Texas Legislature passed HB 3307, which authorized brewers to enter into contract brewing arrangements and alternating proprietorships.

Now, more than one brewer’s or nonresident brewer’s license can be issued for a single location if the license holder for the premises has contracted with an entity under a contract brewing arrangement or alternating brewery proprietorship. Tex. Alco. Bev. Code §§ 61.41; 62.01 (see version effective September 1, 2021); 63.05.

Any party involved in the contract brewing arrangement or alternating brewery proprietorship that does not own a fee interest in a brewing facility must post a bond in the amount of $30,000 with the TABC. 16 Tex. Admin. Code § 33.45. A separate bond must be provided for each license or permit.

Oddly, a brewpub is prohibited from engaging in contract brewing or alternating proprietorship arrangements in Texas. 16 Tex. Admin. Code § 45.41(b). A bill was introduced in the Texas Legislature this spring that would have allowed brewpubs to enter into contract brewing arrangements (SB 1226), but those provisions were removed in committee.