How do I start a distillery in Texas? 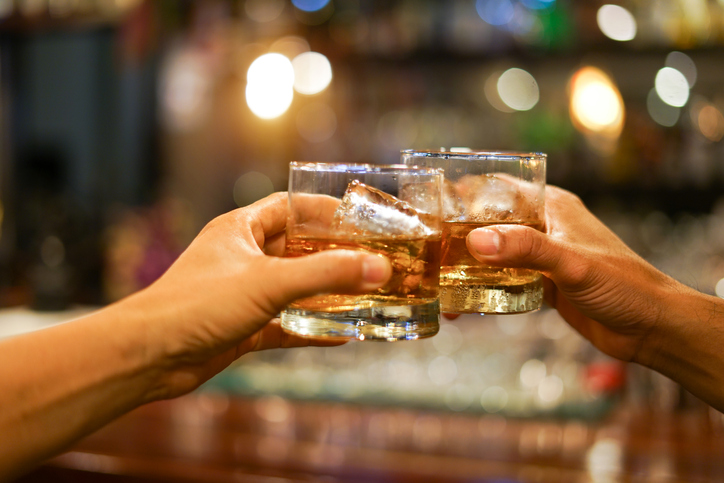 Craft distilling is a heavily regulated—but booming—industry. Obtaining a Distiller’s or Rectifier’s Permit from the Texas Alcoholic Beverage Commission will allow you to manufacture distilled spirits in Texas. You’ll also need to comply with Texas law regarding distribution and obtain licenses, permits, and label approvals from federal and local authorities, including the TTB and FDA.

Move over, beer and wine—the craft distilling boom is sweeping through Texas.

Back in 1995, the Texas Alcoholic Beverage Commission (TABC) issued the first distiller permit to Tito’s Handmade Vodka. From 1995 to 2008, only eight distiller licenses were issued by TABC. Today, there are more than 180 active distiller permits. Texas has one of the largest craft distilling operations in the country, according to the Texas Distilled Spirits Association, ranking behind California and Florida.

The recent momentum can be partly attributed to the “buy local” movement. Speaking to Beverage Dynamics, a representative of Western Son Vodka says, “The biggest drivers we see is the desire to eat/drink locally made products—consumers want products and brands they can connect and relate to.” Texans love drinking Texas spirits.

Distilleries are regulated by several entities at the federal, state, and local levels. This blog provides an introduction to some of the regulatory hurdles in launching and operating a distillery in Texas, but it’s not comprehensive. In addition to obtaining TABC permits and complying with Texas law, you will need licenses, permits, and label approvals from federal and local authorities, including the TTB and FDA. Those requirements are extensive and not addressed here.

If you’re thinking about starting a distillery or other alcohol-related business in Texas, you should contact an experienced attorney to help you navigate and comply with applicable regulations.

Is it legal to test my spirits recipes at home?

Under Texas law, you can home-produce up to 200 gallons annually of wine or malt beverages for personal or family use, but not distilled spirits. Tex. Alco. Bev. Code § 109.21.

What permits do I need from TABC to operate a distillery in Texas?

Depending on your operations, you may need other licenses or permits from TABC. Descriptions of all TABC licenses and permits can be found on TABC’s website.

How can I actually sell my spirits to customers?

Texas regulates the distribution of alcohol through three independent tiers: manufacturers (including distillers), distributors, and retailers. The three-tier system was adopted after repeal of Prohibition based on the fear that vertical integration of the industry would lead to Prohibition-style corruption. Because the tiers are required to operate independently of each other, manufacturers are generally prohibited from selling their products directly to customers—instead, with some limited exceptions, the distiller has to go through a distributor.

“That’s the biggest challenge any new craft producer is going to have—convincing your distributor that they should get behind your brand, [that] they should put people behind it,” says Dan Garrison of Garrison Brothers Distillery in an episode of The Craft Spirits Podcast. “That takes money—that takes a lot of money. And it takes feet on the street. . . . You have to go sell your product.”

Samples for retailers and liquor store customers. One way to get “feet on the street” is to offer samples to potential retailers. Thanks to a bill passed by the Texas Legislature in 2019, a distiller can directly offer product samples to the holder of a retail permit or the holder’s employee—without the presence of a distributor. Tex. Alco. Bev. Code § 14.07; 16 Tex. Admin. Code § 41.18. A distiller is also permitted to offer product tastings to customers at the retailer’s premises, but the distiller has to purchase product for the tasting from the permit holder on whose premises the tasting is held. Tex. Alco. Bev. Code § 52.01(m).

On-premise and to-go sales at the distillery. The holder of a distiller’s permit can sell a limited amount of product to customers at the distillery for on-premise and off-premise consumption. On-premise sales are limited to 3,000 gallons annually. To-go sales are limited to two 750ml bottles per customer per month, with a volume cap of 3,500 gallons annually for all to-go sales. Tex. Alco. Bev. Code § 14.05. A bill proposed during the 2021 legislative session would have increased the limit from two to four bottles while maintaining the gallonage limit. It passed the Senate but died in the House.

Direct-to-consumer shipping. Under Texas law, distilled spirits can’t be shipped directly to Texas consumers. Because of the three-tier system, distillers are generally prohibited from selling product directly to consumers. There are limited exceptions for on-premise and to-go sales under Tex. Alco. Bev. Code § 14.07, but the customer must be physically present at the permit holder’s premises, the product has to be delivered to the customer during the visit, and the customer can’t make a purchase as an agent for another person. This effectively prohibits distillers from delivering product to consumers and prohibits distillers from shipping direct-to-consumers with age-verified fulfillment through licensed carriers.