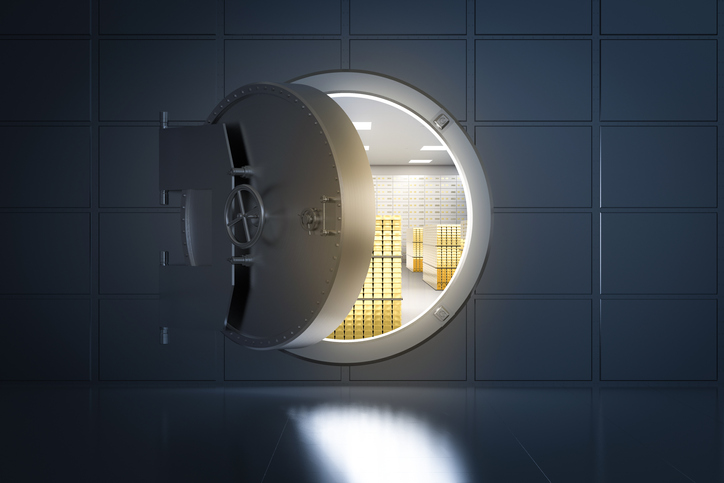 In 2015, the Texas Legislature passed HB 483, creating the country’s first state-owned precious metals depository—the Texas Bullion Depository. Rather that burying your gold in the backyard, you can store it in a secure facility that is about 30 miles north of Austin and overseen by the Texas Comptroller of Public Accounts.

A state-run depository was initially proposed during the 2013 legislative session but never gained any traction, likely because it was estimated to cost the state more than $14 million in just the first two years. The proposal was reworked in the 2015 bill to ensure a private vendor would absorb the costs and charge fees to customers.

In 2017, the comptroller partnered with Austin-based Lone Star Tangible Assets to build and operate the depository.

In January 2020, Lone Star completed construction of a new 40,000-square-foot facility for the depository in Leander, Texas.

The state signed a five-year contract with Lone Star that is set to expire in 2022. After Lone Star indicated that it is exploring the possibility of selling the Leander facility to a third party and entering into a lease-back arrangement, Governor Abbott signed a bill (SB 2230) to allow the comptroller to buy the Leander facility or another property and issue bonds to finance the acquisition and construction. The comptroller can then lease the facility to a private operator and use money obtained from the lease to repay any debt or bonds used to acquire the property.

There are already private depositories—how is the Texas Bullion Depository different?

According to the comptroller, “the legislation that authorized the creation of the Texas Bullion Depository ensures governance and accountability are always at the forefront of depository operations—features that don’t exist at other private depositories in the United States and abroad.”

“Combining the entrepreneurial spirit and technical expertise of the private sector with the trusted oversight of the Comptroller’s office is what makes this so special,” says Comptroller Hegar. “Texans can rest easy knowing their precious metals are right here in the Lone Star State.”

The triple-level audit of the Texas Bullion Depository distinguishes it from private depositories. The Depository Administrator, who is appointed by the Texas Comptroller of Public Accounts, has direct oversight and audit privileges regarding all Depository Account Holder accounts. In addition, the depository is audited by a well-known Texas-based accounting firm, and it submits those reports to the comptroller’s office for review according to a regular schedule. Finally, the depository is subject to audits from the State of Texas.

Tennessee is currently considering whether to create its own state depository. Governor Bill Lee signed legislation in May 2021 that requires a state commission to examine the feasibility of creating a state depository and report its findings by January 1, 2022. For now, Texas remains the only state in the U.S. with a state-administered depository for precious metals—a unique and secure alternative to private depositories.

Who can store precious metals at the Texas Bullion Depository?

Any U.S. citizen, including business entities, can open an account at the depository.

When he signed the 2015 legislation into law, Governor Abbott claimed a state-run depository would allow the state to “repatriate $1 billion of gold bullion from New York to Texas.” He was referring to gold bullion assets held by the University of Texas/Texas A&M Investment Management Company (UTIMCO), a nonprofit that reportedly stored $1 billion worth of gold bullion at HSBC Bank in New York City.

The UTIMCO gold never made its way to Texas, however, and the Austin-American Statesman says that UTIMCO has not had any gold bullion holdings since August 2020.

In the meantime, the Texas Bullion Depository has racked up more than $100 million in deposits from individuals, institutional holders, and an unidentified international bank. The newly-built Leander facility has capacity to hold up to $350 billion in precious metals—so there’s plenty room for your deposit, too. Got any gold bars lying around?