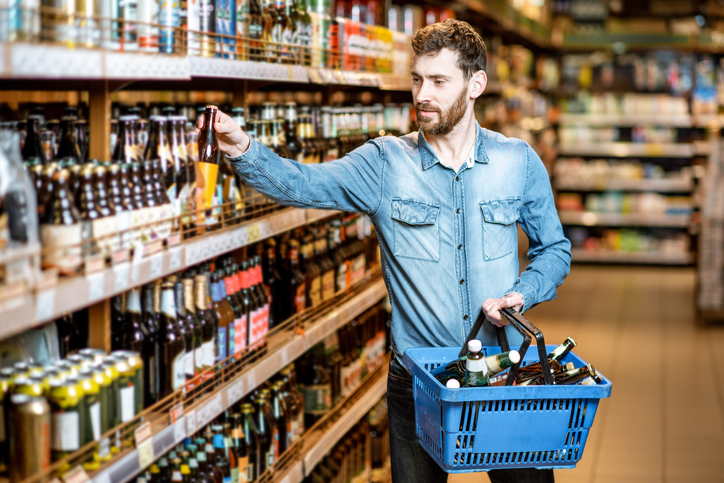 Ever wondered why you can’t buy liquor at Walmart, Costco, or CVS in Texas? Texas is the only state in the nation that prohibits publicly traded companies from holding a “package store permit” (i.e., a permit to sell liquor), although such companies are allowed to sell beer and wine.

The public corporation ban in Tex. Alco. Bev. Code § 22.16 was drafted by a lawyer and lobbyist for the Texas Package Store Association, in response to a Fifth Circuit decision (Cooper v. McBeath) that struck down a Texas law that imposed a residency requirement for alcoholic-beverage permits.[1]

The Texas Alcoholic Beverage Commission (TABC) says the law is a legitimate effort to “make liquor less accessible” by preventing large corporations from using their economies of scale and capital to offer heavily discounted prices on liquor.

Instead of going back to the district court, Walmart appealed the Fifth Circuit’s decision to the U.S. Supreme Court (No. 19-1386), focusing on its “discriminatory effects” challenge to the public corporation ban. On November 23, 2020, the Supreme Court declined to hear the appeal.

In April 2021, Walmart voluntarily dismissed with prejudice its claims against the TABC, ending its years-long fight against the TABC in federal court. Whether Walmart intends to pursue its litigation strategy in the state court system, bringing claims under the Texas Constitution, remains to be seen.

On May 12, 2021, Governor Greg Abbott signed a bill (HB 1024) to permanently allow beer, wine, and mixed drinks to be included in pickup and delivery food orders. Texas restaurants had been able to sell alcohol to-go since March 2020 under an executive order. Making alcohol to-go permanent picked up bipartisan support during the legislative session.