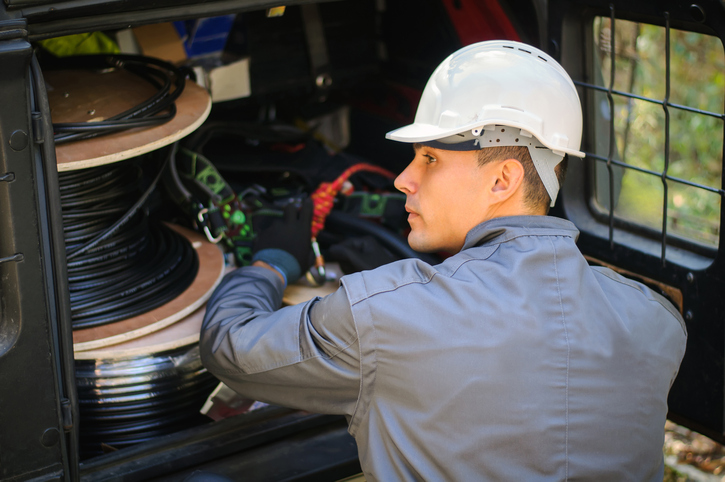 “Broadband access is no longer a luxury, it is an essential tool for all Texans.” -Governor Abbott.

An estimated 316,717 households in Texas currently lack access to broadband internet service, according to broadband advocacy group Connected Nation Texas.[1] While broadband access was gaining political momentum before the COVID-19 pandemic, the challenges of remote work and learning put intense pressure on state lawmakers to act. The Texas Legislature is now considering a number of proposals, some based on recommendations from the Governor’s Broadband Development Council.

In response, Governor Abbott made statewide broadband access one of his five emergency items for the 2021 session, and several bills have been filed that relate to expanding broadband access and adoption, including the following.

If the Legislature fails to act (or is slow to act), could Texas cities take the lead and provide broadband service like they provide water, sewage, and electric services?

Yes—and they’re already doing so. There are a growing number of municipalities in the United States who have built their own high-speed Internet networks and offer it like a public utility. This is often called “municipal broadband.” One example of a successful publicly-owned Internet network is Chattanooga, Tennessee, a city that launched its publicly owned network in 2010 and now boasts the best Internet in the country in terms of value, speed, and reliability.

Some states, including Texas, prohibit municipalities and municipal electric utilities from offering certain telecommunications services to the public either directly or indirectly through a private telecommunications provider. Arguably, Texas law does not prevent a city from providing a broadband service, which is what the City of Mont Belvieu, Texas did in 2017. To affirm its authority, the city filed a petition for declaratory relief in Chambers County District Court and argued that providing a broadband internet service via fiber optic cable does not fall within the statutory definitions of local exchange telephone service, basic local telecommunications service, or switched access service (i.e., telecommunications services that cities are prohibited from providing directly or indirectly). The court agreed, holding that the City of Mont Belvieu “is authorized to enter into contracts as may be necessary and desirable to install fiber optic cables for a broadband internet system for the City’s residents.”

There are eight municipal broadband providers in Texas, according to ConnectTexas. Five of those are utility co-ops, thanks to a 2019 law that allows electric cooperatives in Texas to establish broadband services in areas where they currently serve residents for electrical services.

The City of Monahans, Texas recently kicked off a two-year, $2.1 million telecommunications infrastructure project to lay the groundwork for wireless broadband and eventually 5G technology. The federal government awarded Monahans $1.5 million in 2019 through a program funded by the CARES Act to help pay for the design and construction of a fiber network.

June 3, 2021 update:
HB 5, establishing a State Broadband Development Office within the Comptroller’s office, was sent to the governor for signature on May 31, 2021.

SB 507, allowing broadband-only providers to access the state highway rights-of-way, was sent to the governor for signature on May 29, 2021.

HB 425, which would expand the use of the Texas Universal Service Fund, was reported favorably out of committee but did not receive a floor vote.