Parting the Waters: The Difficulty of Dissolving Water Districts in Texas 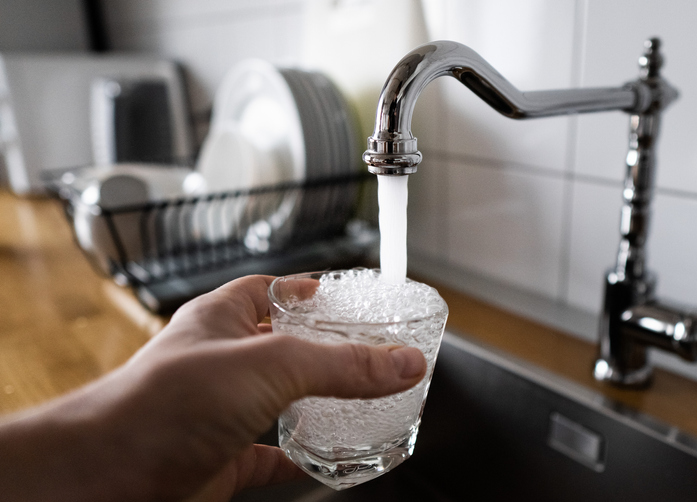 Water districts are hard to create in Texas—and even harder to get rid of, especially when the district is active.

State Sen. Juan “Chuy” Hinojosa (D-McAllen) plans to introduce a bill this session that would allow the City of McAllen to dissolve Hidalgo County Water Improvement District #3 and take over the water district’s operations. The legislation is just the latest development in a years-long struggle between the City of McAllen and Water District #3.

Water District #3 was created in 1921 to pump water from the Rio Grande to local farmers. Because of urbanization, the City of McAllen is now the water district’s major customer. According to a 2012 state audit, Water District #3 relied on the city for 91% of its operating revenue from 2008-2011. That same audit found that Water District #3 had “significant weaknesses in the management of its finances and operations.”

Sen. Hinojosa has made several attempts since 2005 to dissolve or increase oversight of Water District #3. His most successful effort was in 2011, when both chambers approved legislation (SB 978) to dissolve the water district. However, Governor Perry vetoed the bill, reportedly convinced to do so by a lobbyist hired by Othal E. Brand, the General Manager of Water District #3.

Brand unsuccessfully sued the City of McAllen in 2012, accusing the city of trying to influence the water district’s actions through an illegal land deal that set the landowner up for a seat on Water District #3’s board. The case was dismissed for lack of jurisdiction.[1]

Many Texans aren’t familiar with water districts—which have been described as the “invisible government” of Texas. As the tussle between McAllen and Water District #3 reveals, they can be hard to get rid of when relationships sour or the district is no longer serving the public interest.

What is a water district, and what powers do they possess?

Water districts are local governmental entities—most water districts cover a small geographic area, provide a narrow spectrum of services, and operate without a general manager or other full-time professional staff. There are more than 1,800 active water districts today, and most are located in the Houston metropolitan area.

The Texas Commission on Environmental Quality (TCEQ) has a right of supervision over all water districts, but decisions concerning the daily operation of a district are the responsibility of the district’s directors, who may be appointed or elected. A district may also employ a general manager or operator. For example, Water District #3 has an elected, 5-member board, and Othal E. Brand simultaneously serves as board president and general manager.

State law gives water districts the power to establish the authority, rights, and duties necessary to accomplish the specific purposes for which they are created. Most districts have the power to:

What are some of the common problems that arise with water districts?

Perhaps the biggest issue with water districts is their contribution to soaring property taxes. Most water districts have the power to assess and collect taxes, fees, and assessments against property. Hidalgo County Irrigation District #1 recently drew criticism when it sent bills to colonia residents for taxes assessed in the 1980s-1990s. The Texas Water Code states that, unlike many other government taxes, tax assessments by WCIDs and irrigation districts never go away, no matter how long a district has failed to collect them.[2]

Other concerns include questions of accountability—there is no comprehensive review mechanism in place to determine if water districts are providing value to the community—and lack of transparency—water districts are subject to few financial transparency requirements, meaning the public often has little or no idea about how their tax dollars are being spent.

How is a water district created, and how can it be dissolved?

A water district can be created in one of two ways:

The general-law process usually involves a petition, notices, and a hearing in front of either the county commissioners court or TCEQ (usually the latter) on the feasibility and the need of creating a water district.

In general, dissolution can occur upon the board’s decision following a public hearing or upon a public election. In some cases, the Legislature can also dissolve water districts or authorize a local government to dissolve the district. And any water district—whether it was created by general or special law—can be dissolved by TCEQ, after notice and hearing, if the water district has been inactive for a period of 5 consecutive years and has no outstanding bonded indebtedness.[3]

A water improvement district (WID), for example, can be created when landowners in the proposed district present a petition to the county commissioners court. The commissioners court is then required to hold a hearing on the petition, and if the court grants the petition, it must order an election to be held in the proposed district.[4] A WID can also be created by an act of the Legislature. A WID can voluntarily dissolve itself in the same manner that it was created if all its debts and obligations have been paid.[5]

The TCEQ maintains a Water District Database, where you can find a variety of information on active and inactive water districts in Texas, including how they were created and when they were dissolved (if applicable).

Other than dissolution, are there any ways to put pressure on a water district or challenge its actions?

Because water districts are usually small operations, one of the easiest ways to exert influence is to simply get involved—become acquainted with the directors, attend board meetings, and be engaged in the district’s election process. Water districts are governmental bodies, which means they must comply with Texas’s open government laws (the Texas Public Information Act and the Texas Open Meetings Act).

Litigation is another option, but expensive and time-consuming. Ultimately, any widespread or significant reform will have to come from the Texas Legislature. The Texas Public Policy Foundation, a conservative think tank, has made a variety of recommendations for special purpose district (“SPD”) reform (water districts are one type of SPD), including a “sunset” provision that automatically expires the district unless a public vote affirms the continuance of the SPD.

Cobb & Counsel has extensive experience in Texas political, regulatory, and judicial arenas. If you are involved in a dispute with a water district in Texas, contact us today to discuss your options.