Just how voluntary is taking the COVID-19 vaccine in Texas, really? 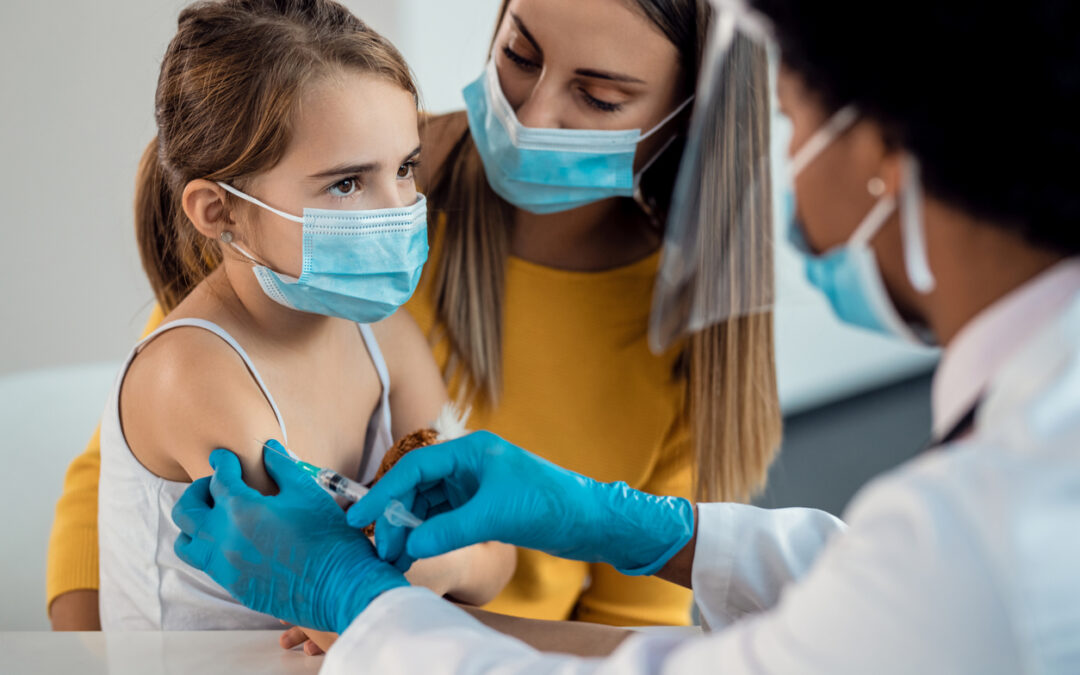 Texas has started distributing doses of the Pfizer and Moderna COVID-19 vaccines statewide, and the vaccine is projected to be available for the general public in spring 2021. Vaccine skepticism, however, is a huge challenge for health authorities. A study by the Pew Research Center shows that confidence in COVID-19 vaccines are increasing as more people get the shot with few reported issues, but other studies have found that acceptance rate is still under 70% for some groups, including conservatives, rural residents, and Black adults.

There are various approaches that governments and private entities can take to encourage widespread vaccination rates—the most paternalistic (and intrusive) being mandatory vaccination.

From a political perspective, a compulsory vaccination policy is very unlikely in Texas, where even mask mandates are controversial. State Rep. Stephanie Klick (R-Fort Worth), who sits on the state’s vaccine allocation panel, told The Dallas Morning News in December 2020 that a vaccination requirement for students “probably wouldn’t happen” unless it’s taken up by the Legislature. So far, no Texas legislator has proposed legislation that would require any population to receive the COVID-19 vaccine. Texas Governor Greg Abbott has made clear, in several recent tweets, that vaccines in Texas will be “Always voluntary, never forced.”

The U.S. Supreme Court has twice considered constitutional challenges to state laws requiring compulsory vaccination and in both instances upheld such laws. In the 1905 landmark case Jacobson v. Massachusetts, the Court upheld a state law that mandated smallpox vaccinations during an outbreak and punished violators with a $5 fine. The Court affirmed the state’s power to pass laws necessary “to protect the public health and secure the public safety,” so long as they are not arbitrary, unreasonable, or go “far beyond” what is reasonably required for public safety. While Jacobson is more than 100 years old, courts continue to rely on the reasoning of the case. In 2019, in the midst of a measles outbreak, New York City mandated that anyone over six months of age who lived, went to school, or worked in certain ZIP codes within the city had to be vaccinated or be subject to a fine. Residents claimed the mandate violated their constitutional rights to liberty and free exercise of religion. In December 2020, a New York state court dismissed the complaint, citing Jacobson.[1]

A state or local law requiring Texas public school students to receive the COVID-19 vaccination would almost certainly survive a constitutional challenge. In Zucht v. King, the U.S. Supreme Court denied an equal protection and due process 14th Amendment challenge to a San Antonio, Texas ordinance that imposed compulsory vaccination on school-age children, even when there was no immediate threat of an epidemic like in Jacobson. The Court concluded that “it is within the police power of a State to provide for compulsory vaccination” and that the ordinance did not bestow “arbitrary power, but only that broad discretion required for the protection of the public health.” Texas already requires seven vaccinations for K-12 public school students and a meningitis vaccination for college students. Every state, including Texas, permits limited exemptions to mandatory vaccination of students. Texas allows exemptions for medical reasons, reasons of conscience (including a religious belief), and active duty with the armed forces of the U.S.

Private sector employers could impose mandatory vaccinations on their employees, with some limitations. The ADA generally prohibits employers from mandating that employees receive any vaccinations unless they are job-related, consistent with business necessity, and no more intrusive than necessary. This is ordinarily a difficult standard to meet unless the employer is part of the health care field. But the EEOC has recently suggested that employers can mandate that their workers get vaccinated against COVID-19, with exceptions for a sincerely-held religious belief or a disability that would prohibit the employee from taking the vaccine. When exceptions apply, employers must provide employees with a reasonable accommodation so long as it doesn’t pose an “undue hardship” on the employers. For a number of reasons, employers may prefer to encourage employees to vaccinate, rather than require it.

Outside school and work, its possible that private companies like airlines, hotels, restaurants, and entertainment venues will require customers to present proof of vaccination (or a recent negative test result). For example, Billboard reported that Ticketmaster was considering a policy requiring attendees to show proof of their vaccination status or recent test results—something Ticketmaster says is not a policy, just an option they are “exploring.” The International Air Transport Association is in the final stages of developing a “digital COVID-19 vaccine passport” for travelers. Australian airline Qantas Airways has announced that it would require passengers to be vaccinated against COVID-19 beginning in mid-to-late 2021.

Requirements to show proof of immunization at certain borders are nothing new, but requirements imposed by private entities are, and they will likely be challenged in court. Like employers, private entities will need to provide medical and religious exemptions and accommodations. Under Title III of the ADA, it is unlawful to discriminate against any individual on the basis of disability “in the full and equal enjoyment of the goods, services, facilities, privileges, advantages, or accommodations of any place of public accommodation”—which includes nearly all types of private businesses that serve the public. Similarly, Title II of the Civil Rights Act of 1964 prohibits discrimination in places of public accommodation on the basis of someone’s race, color, national origin, or religious beliefs. If someone doesn’t want to take the vaccine because it goes against their religious convictions, an establishment must try to provide reasonable accommodations before it can refuse service.

Cobb & Counsel has extensive experience in the areas of regulatory compliance and risk analysis. If you have questions or concerns about COVID-19-related regulations or planning your entity’s approach to vaccinations, contact Cobb & Counsel today.