How will COVID-delayed census results impact redistricting in Texas? 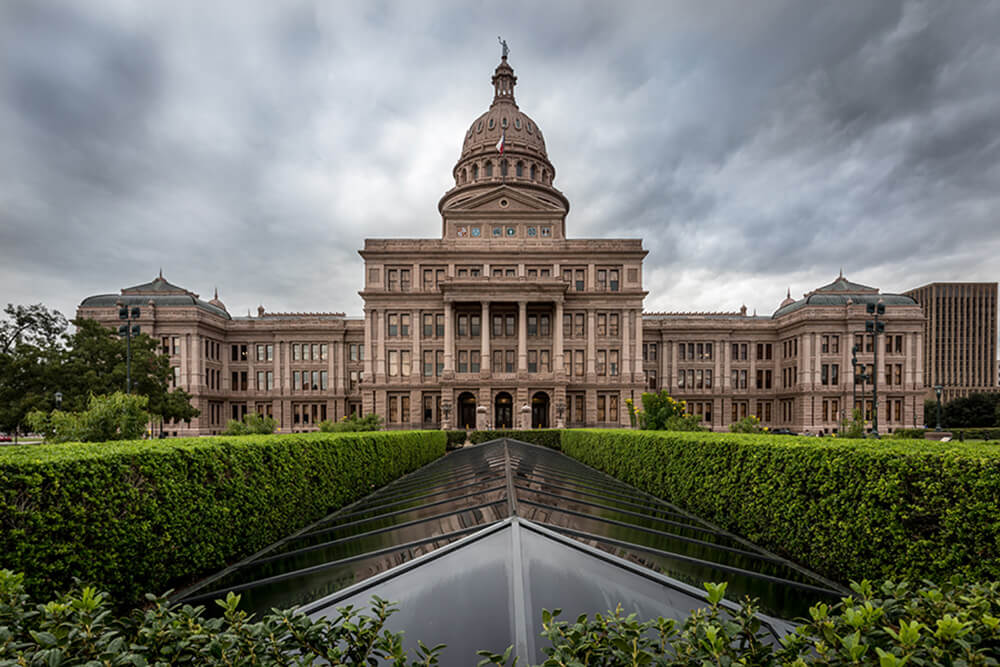 Every ten years, after the census, states redraw the boundaries of their congressional and state legislative districts. The purpose of this redistricting process is to guarantee equal voter protection.

In Texas, the Legislature gets the first shot at redrawing the map. Article 1, Section 2 of the U.S. Constitution mandates that U.S. congressional seats are to be reapportioned every ten years after the census and that states are responsible for drawing these new congressional districts. Article 3, Section 28 of the Texas Constitution requires the Legislature to reapportion the state house and senate districts “after the publication of each United States decennial census.” In addition to congressional districts and the state legislature, the 15-member Texas State Board of Education (SBOE) also undergoes redistricting after each census.

Up for review this legislative session are 150 Texas House districts, 31 Texas Senate districts, and likely 38 or 39 U.S. House districts. That’s up from 36 congressional seats, after census estimates showed a statewide population increase of close to 4 million since the 2010 census.[1]

The 2021 redistricting cycle will mark the first time in nearly half a century that Texas lawmakers will be able to implement new congressional and state legislative districts without first proving they don’t undercut the electoral power of voters of color. Like several other states with histories of voter discrimination, Texas was required for decades to obtain federal approval of any changes to its elections, including its redistricting plans. When the U.S. Supreme Court invalidated parts of the federal Voting Rights Act in 2013, it freed Texas from that supervision.

The real work of the redistricting process cannot begin until the U.S. Census Bureau provides states with data from the decennial census. The U.S. Census Bureau is statutorily required to deliver state population data to the president by December 31 of the census year and to deliver population data to the states by April 1 in the year following the census.[2]

After the Legislature receives the census data from the bureau, it takes several days to load the data into the redistricting computer system (RedAppl), verify the integrity of the data, and ensure that the system is functioning correctly. Then the members of the Legislature and other interested parties begin drawing plans.

Bills to enact new redistricting plans follow the same path as other legislation. Congressional and SBOE district bills may be introduced in either or both chambers; house and senate redistricting bills traditionally originate only in their respective chambers. Following final adoption by both chambers, each redistricting bill is presented to the governor for approval. The governor may sign the bill into law, allow it to take effect without a signature, or veto it.

The Texas Legislative Council assists lawmakers throughout this process. There are also committees in both chambers of the Legislature devoted to redistricting. Their work begins even before the state has received the census data. In early November 2020, House Redistricting Committee Chair Phil King filed legislation related to the composition of state house districts (HB 63), SBOE districts (HB 64), and congressional districts (HB 352).

Even in ordinary times, there is little time for redistricting to be completed before the next election cycle. Tex. Elec. Code Ann. § 172.023 sets the filing deadline to declare candidacies for spring primary elections on the second Monday of December in odd-numbered years—in 2021, it’s December 13. This allows approximately 6.5 months from the end of the regular session for the governor to act on any redistricting legislation passed, for the LRB to meet if necessary, for any special session called to consider redistricting if necessary, for court action, and for counties to make necessary changes in county election precincts.[3]

Destabilizing this entire process is the uncertainty about whether the release of 2020 census data will be delayed because of the COVID-19 pandemic.

In April 2020, U.S. Commerce Secretary Wilbur Ross asked Congress to enact legislation delaying the deadline for delivering apportionment counts to President Donald Trump from December 31, 2020 to April 30, 2021, and for delivering redistricting data to the states from April 1, 2021, to July 31, 2021 (in each case, a 4-month delay).[4] If granted, the delay would be the first in at least 100 years.[5]

In July 2020, the U.S. Census Bureau’s associate director for field operations stated in an email to other top bureau officials that “any thinking person who would believe we can deliver apportionment by 12/31 has either a mental deficiency or a political motivation.”[6]

While Congress has not extended the statutory deadlines yet, a delayed release of 2020 census data to the states seems inevitable.

What happens if the Legislature doesn’t pass a redistricting plan during regular session?

If there is a delayed release of 2020 census data to the states, the Texas Legislature likely will not have enough time to pass a redistricting plan during regular session, which ends on May 31, 2021. The responsibility will pass to the Legislative Redistricting Board or the courts.

Texas House and Senate Districts. The Texas Supreme Court in Mauzy v. Legislative Redistricting Board (1971) held that if the census is published during a regular session, then that session is the regular session at which the Legislature must redistrict the house and senate, even if there are only a few days left in that regular session.

If new boundaries for the Texas house and senate districts are not enacted during the first regular session after publication of the census, the state constitution requires the Legislative Redistricting Board (LRB) to meet and adopt a new redistricting plan. The LRB is made up of the lieutenant governor, the speaker of the House, the Texas attorney general, the state comptroller and the land commissioner. At present, all of these officials are Republicans, with four of the five being elected statewide and their offices not on the ballot again until November 2022. Only the speaker’s office is up for election in January 2021 (in the Republican-led Texas house).

The LRB must convene within 90 days after final adjournment of regular session, and it has 60 days after it convenes to prepare a redistricting plan. A plan approved by three or more members of the LRB has “the force and effect of law.”[7]

The Texas Supreme Court has the authority to compel the LRB to perform its duties by writ of mandamus. Significantly, the Texas Supreme Court has interpreted the LRB’s authority to arise not only when the Legislature literally fails to act, but also when legislative redistricting plans are found invalid. If the Legislature’s plan is vetoed by the governor and the veto cannot be overridden by the Legislature, or if the plan is overturned by a final judicial ruling within the 90‐day period in which the LRB is given redistricting authority, redistricting for the state house and senate districts becomes the responsibility of the LRB.

The Legislature may not redistrict the house or senate in special session during the LRB’s jurisdiction.[9] Under the Texas Constitution, the LRB has jurisdiction for only a limited period of time. The LRB must convene within 90 days after regular session adjourns, and once it convenes, it has 60 days to prepare a redistricting plan. If the LRB fails to complete house or senate redistricting within this period of time, or if an LRB plan is subsequently invalidated by the courts, the Legislature may resume redistricting efforts in a special or regular session after the constitutional authority of the LRB has expired.[10]

In practice, if legislative redistricting is not completed before the 2022 elections, lawsuits will certainly be filed attempting to require the Legislature to redistrict in order to comply with the one-person, one-vote principle and to remedy any minority vote dilution that the 2020 census data discloses to have developed in the existing districts since they were drawn using the 2010 census. Given the population growth that has occurred in Texas since 2010, courts likely would not allow the state to use the districts adopted under the 2010 census for the 2022 legislative elections if the state is unable to enact a valid new plan by that time. If circumstances permit, a court would likely give the Legislature a reasonable opportunity to draw new districts before implementing a court-ordered plan.[11]

A court-drawn map is only effective unless and until the Legislature redraws it. For example, during a special session in 2003, the 78th Legislature adopted new congressional districts, rejecting the court-drawn maps from Balderas.

State Board of Education (SBOE) Districts. While no state statute requires redistricting of the SBOE districts at a particular time, the statutes governing the 15-member board assume the districts will be redrawn after each census.[14]

If the governor declines to call a special session, the courts may adopt new SBOE districts. In 2001, the Legislature adjourned regular session without adopting a SBOE redistricting plan. Legal challenges were filed against the old SBOE districts, and on November 2, 2001, a federal district court issued an order adopting new SBOE districts based on the 2000 federal census for the 2002 elections.

According to the Texas Legislative Council, the U.S. Census Bureau plans to release 2020 census data for redistricting by August 16, 2021.

Governor Abbott has said he will call for a special session this fall to deal with redistricting and distribution of federal COVID-19 relief funding.

[12] Article 4, Section 8 of the Texas Constitution provides that: “(a) The Governor may, on extraordinary occasions, convene the Legislature at the seat of Government, or at a different place, in case that should be in possession of the public enemy or in case of the prevalence of disease threat. His proclamation therefor shall state specifically the purpose for which the Legislature is convened.”

[14] Tex. Educ. Code Ann. § 7.104 (“At each general election immediately following a decennial reapportionment of districts, one member shall be elected to the board from each district.”