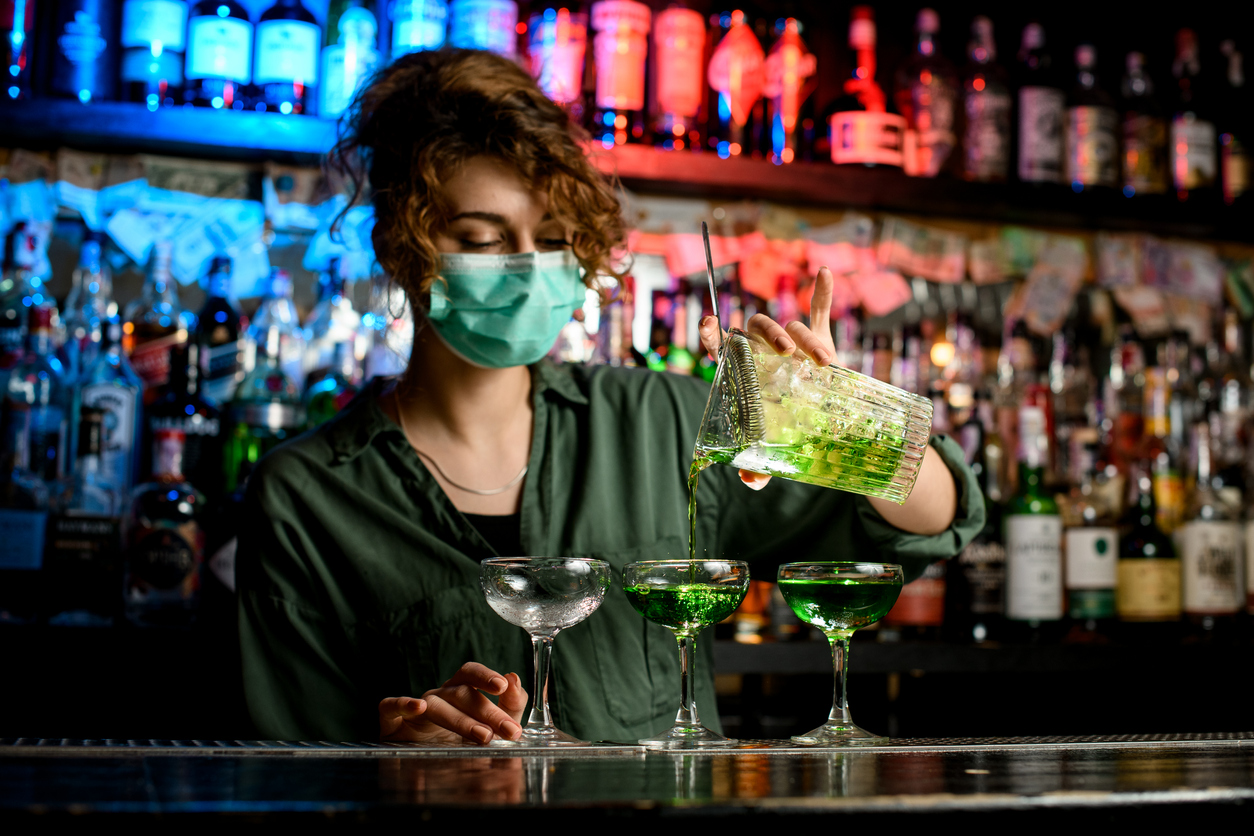 During the temporary period of reopening, TABC closely monitored bar and restaurant activity and warned license and permit holders that it would issue license suspensions for violations of the Governor’s minimum standard health protocols for bars and similar establishments. The first infraction would result in a suspension up to 30 days, and the second would result in a suspension of up to 60 days. Protocols included customer capacity limits of 50%, social distancing of at least 6 feet between groups of customers, regular cleaning and sanitization, and training for employees. There was no occupancy limit for patios and outdoor spaces, and employees weren’t counted toward the indoor occupancy limit. Per the Governor’s order on June 26, all bars and similar establishments that receive more than 51% of their gross receipts from the sale of alcoholic beverages were required to close but are permitted to remain open for delivery and take-out, including for alcoholic beverages.

A business whose permit or license is suspended by the TABC can appeal the suspension by filing suit in the district court of the county in which the business is located or in which the owner of involved real or personal property resides. Tex. Alco. Bev. Code § 11.67. The appeal must be filed within 30 days of the date of the final order, decision, or ruling of the TABC, and the case must be heard before a judge within 20 days from the date the case is filed. The suspension may be lifted or modified by the court pending trial.

While bars are closed and restaurants operate at limited capacity, to-go sales and delivery of alcohol continue. Governor Abbott signed a waiver on March 18, 2020 that allows the sale of manufacturer-sealed alcohol with the pick-up or delivery of food orders. The waiver was originally set to expire on May 1 but was extended indefinitely, and Governor Abbott has tweeted support for making the change permanent. State Representative Tan Parker (R-Flower Found) replied, saying that he will file a bill during the upcoming 87th Texas legislative session to allow alcohol-to-go sales to continue.

During the 2019 Texas legislative session, bills passed that allow some Texas breweries to sell beer to go and gave Texas’ 10,000 beer and wine retailers the ability to deliver products directly to customers or through a delivery service like Instacart. Before then, patrons could take home a bottle of wine from a winery or spirits from a distillery, but not beer from a brewery. Even after the 2019 changes, however, certain breweries that exceed a 225,000-barrel production threshold are still prohibited from selling beer-to-go. This TABC chart outlines who is currently allowed to make to-go sales and deliver alcohol to consumers.