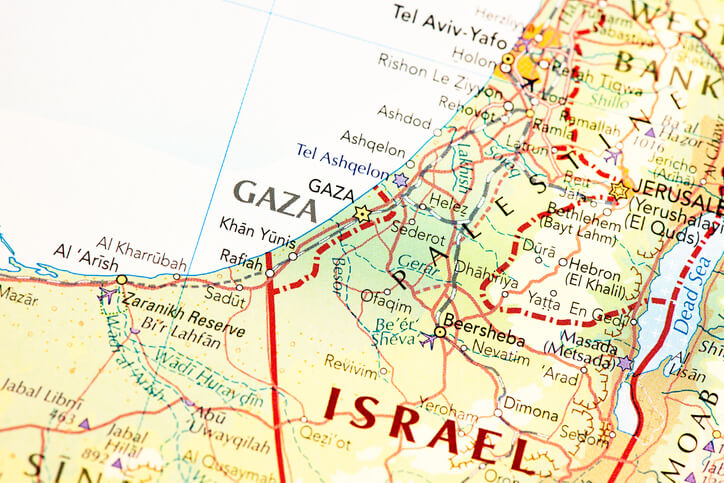 Texas has had a mutually beneficial economic relationship with Israel through at least the past few decades. In fact, our state prides itself in being one of Israel’s top five trading partners within the United States. Self-described as intending to solidify this positive economic relationship, Representative Phil King introduced HB 89, known as the Anti-BDS (boycott, divestments, and sanctions) bill, into the in the 85th Texas legislative session. In sum, the bill prohibited Texas government agencies from doing business with contractors who are boycotting Israel.

Though clearly an issue that our state takes very seriously, putting the bill’s passage into a broader national context remains useful. The Texas Anti-BDS law represents one of more than 24 state laws responding to the Boycott, Divestment, and Sanctions movement launched against Israel by Palestinian groups in 2005. Declaring Texas’s official position on the issue by “proudly” signing the bill into law, Governor Abbott put out a 2017 press release describing how “Anti-Israel policies are anti-Texas policies.”

Though the bill was largely a symbolic gesture, its effects have still been notable. Earlier this year, Airbnb created a political ruckus when it decided to support Palestinians by pulling its rental listings from the West Bank. The Texas Comptroller’s office proceeded to blacklist the company. By early April, however, Airbnb had reversed its decision, and the Comptroller’s office has stated that it’s now reconsidering its position on the company.

Despite the false alarm sounded for Airbnb, some state agencies have been impacted by their investments in a Norwegian financial services company said to be boycotting Israel. The Employees Retirement System of Texas and the Texas Permanent School Fund previously owned about $68 million and about $4 million in the company, respectively. By June of 2019, they expect to have almost fully divested nearly $72 million worth of that stock.

Perhaps an effect of the law that may be more tangible than divested stock is the outcry that the law violates individuals’ First Amendment rights. In fall of 2017, some Hurricane Harvey victims questioned why pledging not to boycott Israel was a prerequisite of their getting local aid. Then, in late 2018, Bahia Amawi, a Palestinian, elementary-school speech pathologist in Pflugerville ISD made national headlines by refusing to promise not to boycott Israel as part of her employment contract with the district.

In response, last Thursday, U.S. District Judge Robert Pitman issued an injunction against the law’s being enforced against the speech pathologist. In oral argument, Pitman had pointedly asked a lawyer with the attorney general’s office, “What is Texas’s interest in this law?” Clearly not believing that the state’s interest was compelling enough to abridge First Amendment rights, Judge Pitman ruled against the statute, stating that the legislation seeks to control “public debate through coercion rather than persuasion.”

Citing some “unintended consequences” of the law, House Representative Phil King has authored a bill this legislative session aiming to amend the statute’s language. HB 793 would limit the scope of the 2017 legislation by excluding individuals and smaller companies, like those with fewer than 10 full-time employees or those valued at under $100,000. The bill passed the Texas House in mid-April and has now been placed on the Senate’s intent calendar.

Although the bill would prevent suits from individuals like Bahia Amawi, there is still some debate among legislators as to whether its narrowed scope would properly address First Amendment concerns. On the one hand, the attorney general’s office has stated that refusing to enforce the law essentially mandates that government “do business with discriminatory companies.” But on the other, some state representatives have communicated the sentiment that even though Texas considers the state of Israel a close friend and ally, “forcing someone to take an oath is the same thing as telling them they cannot speak” and remains unconstitutional even with adjustments to the statute’s reach.