Terminating a Contract with a Governmental Entity for Cause or Convenience 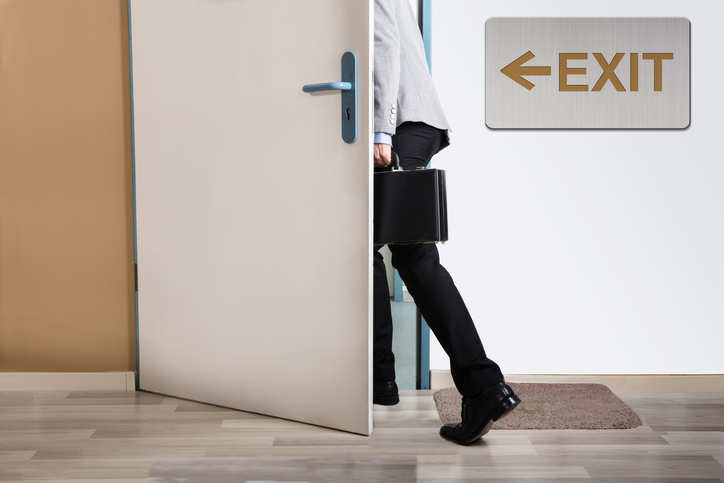 Although contracting with a governmental entity is typically not all that different from contracting with private party, at times it can present unique challenges. If the governmental entity you contracted with decides to terminate your contract, it is safe to say that, in seeking recourse, your business has run into one such challenge. While governmental entities generally are granted sovereign immunity from claims, there are distinct avenues for your company to pursue recovery at the federal or state level. But particularly due to the procedural specificity of these avenues, it is necessary to command a firm knowledge of various key terms and code sections before attempting to use them to your advantage.

Terminating a Contract with a Texas Governmental Entity

If the government has terminated your contract for convenience rather than for cause, then the termination could be considered a breach-of-contract on its part. Although sovereign immunity typically protects governmental entities from liability, Chapter 2260 of the Texas Government Code gives contractors an Administrative Dispute Resolution process for resolving a claim that may otherwise be barred. More specifically, the chapter applies to all written contracts between a unit of state government and a contractor for goods, services, or certain construction projects, setting up a procedure that a contractor must follow for breach of contract.

Additionally, the ADR process set forth in 2260 does not apply to claims by a public entity against the private contractor. Rather, the process merely serves as a mechanism for a contractor to resolve a dispute with an agency that normally has sovereign immunity. Nonetheless and perhaps unsurprisingly, under this chapter, a government entity may posit counterclaims.

Steps in the Chapter 2260 Process

First, a contractor must give notice of the claim to the relevant unit of state government. The notice must include the nature of the alleged breach, the amount sought as damages, and the legal theory of recovery. Then, the company attempt to negotiate or mediate with the unit of state government. The governmental entity may agree to other non-binding ADR methods, but binding arbitration is almost always off the table, especially when contracting with private domestic entities.

If the ADR attempt is unsuccessful by the two hundred seventieth day after the date the claim is filed, then the contractor may request a hearing with the unit of state government stating the factual and legal basis for the claim and asking for a contested case hearing before the State Office of Administrative Hearings. After the hearing, as the claimant your company may recover up to $250,000, subject to certain statutory limitations. Any remaining balance on the claim would need to be paid from funds appropriated by the Texas Legislature to pay the claim. And as a last resort, if the results of the hearing do not satisfy the contractor, he or she may seek the Legislature’s approval to sue. Securing this approval, however, is highly unlikely.

Terminating a Contract with a Federal Governmental Entity

If a federal government entity terminates its contract with your company, the Federal Acquisition Regulation system will govern. This system codifies the “acquisition process” by which executive agencies of the federal government purchase or lease goods and services by contract with appropriated funds. FAR code calls a “termination for cause” a “termination for default,” but the meaning of such a termination remains the same as at the state-level. FAR contains various default clauses that identify specific conditions permitting the government to terminate the contract for default.

If your company does not believe that one of these provisions has been met, there is a strong possibility that you may be able to consider it a termination for convenience. In fact, all FAR default clauses provide that an erroneous termination-for-cause will be converted to a termination for convenience. Still, the specific appeals process to determine whether your contract was terminated for convenience may depend on a variety of factors, such as the stage in the procurement process your claim had reached, or what agency you had procured your contract with. Notwithstanding, regardless of the means of and cause for termination, in all cases your company is obligated post-termination to stop all work and attempt to mitigate damages.

Even if it is not disputed that the government party terminated your contract for convenience, your company may still find itself unhappy with the manner in which the government invoked the termination. Unfortunately, this puts you in a rather precarious position. Termination for convenience clauses are virtually always upheld. At the federal level, they have survived a variety of arguments, such as that the provision was ambiguous, illusory, or unconscionable.

Bad faith represents a lone exception that sometimes carries weight with sympathetic courts. At the federal level, courts have held that termination for convenience clauses could not be invoked if the terminating party acted in bad faith by having no intention of fulfilling its promises or having malice or intent to harm the terminated party. Texas courts, however, have generally expressed reluctance to adopt this standard. In 2001, the 1st District Court of Appeals expressed that it did not “believe it wise to adopt the federal standard to govern Texas contracts, not least of all because it is unclear what the standard is.”4N Intern., Inc. v. Metro. Transit Auth., 56 S.W.3d 860, 862 (Tex. App.—Houston [1st Dist.] 2001, pet. denied).

Building the Best Case for Your Company

When contracting with the government, termination clauses are largely inevitable. And absent bad faith, these clauses are broadly enforceable. If a government entity has terminated your contract, you will need the eye of experienced counsel to help ensure that you are walking away with as favorable of terms as possible. A legal advisor’s help is equally necessary to evaluate whether termination was properly invoked.