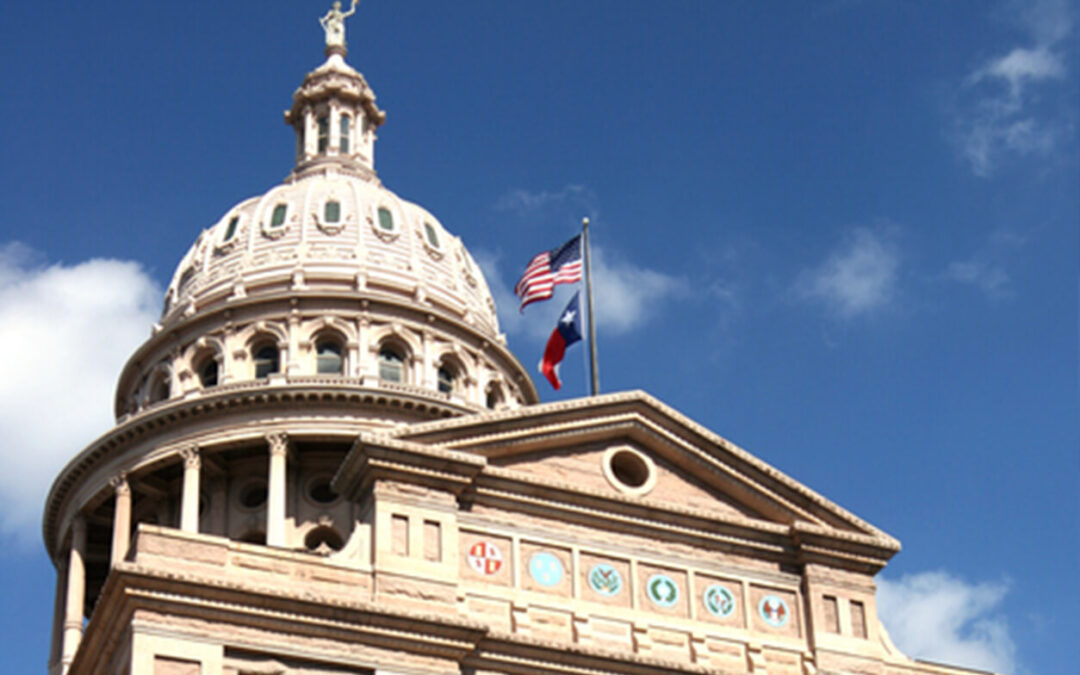 On Monday, November 12, 2018, bill pre-filing opened for the 86th Texas Legislative Session, which will officially start on January 8, 2019.

On Monday, November 12, 2018, bill pre-filing opened for the 86th Texas Legislative Session, which will officially start on January 8, 2019. Although the final day to file bills is not until March 8, 2019, over 400 bills were pre-filed on November 12 alone.

If this session is anything like the previous one, we can expect upwards of 10,000 bills and resolutions with about a 10% passage rate. Because Governor Abbott has not formally laid out his agenda, it may be too soon to know exactly which issues will define the upcoming session. However, the governor has stated that a transgender bathroom bill has not made his list of legislative priorities, and he supports Chairman Dennis Bonnen’s impending assumption of the role of Speaker of the House. As other issues go, some news outlets predict that local property taxes, school finance, and elections will likely be hot-button issues dominating the session. Bills already filed seem to reflect this idea. Below are some highlights of the bills and resolutions already filed for this session:

SB 67 and HB 54: Senator Nelson and Representative John Zerwas have filed bills, which would form a property tax administration advisory board to oversee local appraisals and local tax offices.

HB 185: Representative Bernal’s bill orders a study of the benefits of adopting a property tax system that requires the prompt disclosure of the sale prices of real property.

HJR 24: Representative Charlie Geren has proposed an ambitious attempt to address the state’s declining involvement in the funding of public schools. House Joint Resolution 24 offers a constitutional amendment mandating that irrespective of local property tax collection, the state will sponsor at least half the cost of public schools.

HB 307: Passage of Representative Flynn’s bill would prohibit the board of trustees of an independent school district from banning the posting of the Ten Commandments in classrooms.

HB 385: Representative Bohac’s legislation raises the minimum for apparel items during tax-free weekend from $100 to $200 and seeks to make e-readers, personal computers, and tablet computers exempted from sales tax during this weekend.

SB 55: Through the introduction of this legislation, Senator Zaffirini endeavors to permit people under the age of 18 to register to vote as long as they will be 18 by the time of the next general election.

SB 103 and HB 140: Senator Menéndez and Representative Ina Minjarez have filed bills that would automatically register Texans to vote whenever their driver’s license has been issued or changed.

HB 212: Representative Reynolds has presented this legislation to require state agencies looking for contracts for goods or services with a value of less than $500,000 to give preference to small businesses.

HB 63: Representative Joe Moody has crafted this legislation to make being caught with less than once ounce of marijuana a civil penalty with a fine of up to $250, rather than a criminal offense.

HB 122: Passage of Representative Hinojosa’s bill would mean that patients being criminally prosecuted for marijuana possession could use a doctor’s note recommending marijuana as treatment as an affirmative defense in a legal proceeding.

HB 209: Representative Ron Reynolds has authored a bill hoping to legalize marijuana use for chronic, “debilitating medical conditions,” such as cancer and Alzheimer’s.

SB 133: Ratification of this legislation would designate May 18, the day of the tragic Santa Fe High School shooting, as “School Shooting Victims Remembrance Day.”

Provided that last year’s numbers provide a framework, these bills probably represent only a little more than 2% of the bills that have yet to be filed during this 86th Legislative Session. The sheer variety in the existing pre-filed bills suggests that there is much more to come.

~~4. Cassandra Pollock & Alex Samuels, Dennis Bonnen says he has the votes to become the next speaker of the Texas House, THE TEX. TRIBUNE, (Nov. 12, 2018), https://www.texastribune.org/2018/11/12/dennis-bonnen-says-he-has-votes-become-speaker-texas-house/; Governor Abbott Statement On Chairman Dennis Bonnen Announcement, OFFICE OF THE TEXAS GOVERNOR (Nov. 12, 2018), https://gov.texas.gov/news/post/governor-abbott-statement-on-chairman-dennis-bonnen-announcement.~~