Session is Over and My Bill Died. What Now? 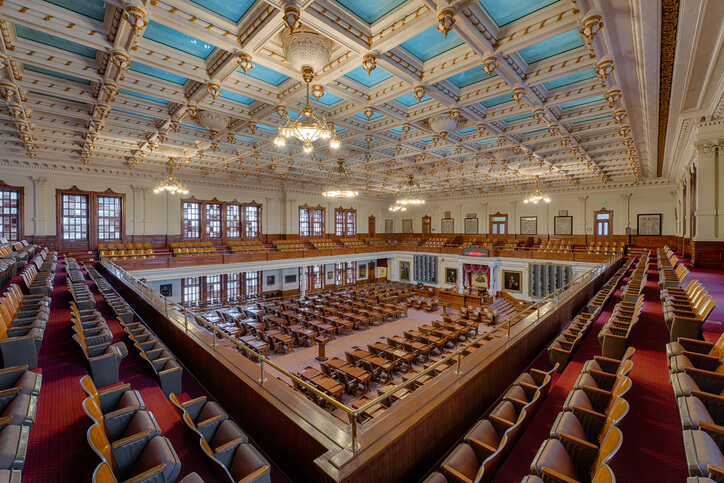 “I’m from Texas, and one of the reasons I like Texas is because there’s no one in control.” -Willie Nelson

In 140 quick, but drama-filled days, it has come and gone—the 85th Texas Legislative Session has come to a close. Out of over 6,600 bills filed in both the Texas House and Texas Senate this session, only about 1,200 passed (and many may of course still be subject to the Governor’s veto power).[1] Of course, constituents and businesses alike may now find themselves disappointed that a bill they drafted, lobbied for, or followed is not now on the Governor’s desk, waiting to become law. Hope, however, is not lost. If your bill did not pass this session, depending on your goal for the legislation, there may be other options to pursue before simply waiting for the 86th Texas Legislative Session in 2019.

Special Session: Governor Abbott announced today that he will convene the Texas Legislature, beginning July 18, for a special session. Unlike the regular legislative session, the Governor “shall state specifically the purpose for which the Legislature is convened”[2]and “there shall be no legislation upon subjects other than those designated in the proclamation of the Governor calling such session.”[3] Moreover, any special session would last only thirty days (unless, of course, a subsequent special session is convened).[4] As a result, while a special session could present an opportunity to revive bills that have died, any legislation will have to be on the subject that is the purpose of the legislative session. Here, the Governor has first called a special session to resolve agency sunset issues, which will likely be resolved in 2-3 days. Once those issues are resolved, the special session will then include a sweeping list of nineteen additional items the Governor wants to see. Those specific items can be viewed on the Governor’s website here: https://gov.texas.gov/news/post/governor-abbott-announces-special-session. It is therefore important to determine whether your failed legislation relates to any of the topics for which the special session has been called. If your bill relates to any of those nineteen items, you may get a second bite at the apple with the upcoming special session.

Attorney General Opinion: If the legislation you had hoped would be passed clarified the law in some way or cleared up some ambiguity, then requesting an Attorney General opinion may be fruitful. Under Texas law, the Attorney General “shall issue a written opinion on a question affecting the public interest.”[5] Only certain persons, however, may request an opinion.[6] Specifically, the following people are entitled to request an Attorney General opinion: “(1) the governor; (2) the head of a department of state government; (3) a head or board of a penal institution; (4) a head or board of an eleemosynary institution; (5) the head of a state board; (6) a regent or trustee of a state educational institution; (7) a committee of a house of the legislature; (8) a county auditor authorized by law; or (9) the chairman of the governing board of a river authority.”[7] Most likely, of these options, the head of a department of state government, the head of a state board, or a committee of the house of the Legislature would be the logical avenues for an opinion request. Upon receipt of the request for an opinion, the Attorney General must issue the opinion within 180 days, unless the Attorney General notifies the parties of either a delay or a refusal to issue the opinion, and reasons for either the delay or refusal.[8]

Agency Rulemaking: Another avenue for seeking a clarification of existing law, if that is what your legislation proposed to do, is to seek a rulemaking from the applicable agency. That is, “[a]n interested person by petition to a state agency may request the adoption of a rule.”[13] A “rule” is defined as a “state agency statement of general applicability that: (i) implements, interprets, or prescribes law or policy; or (ii) describes the procedure or practice requirements of a state agency.”[14] And, “interested person” means a Texas resident, a business located in Texas, a governmental subdivision of Texas, or a “public or private organization located in this state that is not a state agency.”[15] Once you file a petition for rulemaking with the applicable state agency, the state agency would have to deny the request or initiate rulemaking within sixty days of the petition.[16] From a litigation perspective, a court will generally defer to an agency’s interpretation of its own rules: An “administrative agency has the power to interpret its own rules, and its interpretation is entitled to great weight and deference. The agency’s construction of its rule is controlling unless it is plainly erroneous or inconsistent.”[17] Moreover, “[w]hen the construction of an administrative regulation rather than a statute is in issue, deference is even more clearly in order.”[18] That is, because “the interpretation represents the view of the regulatory body that drafted and administers the rule, the agency interpretation, if reasonable, becomes a part of the rule itself.”[19] Consequently, a rulemaking could be a good avenue to pursue clarification of the law.

Interim Charge: While the 86th Legislative Session has not yet convened, it has already begun. Those needing legislation in 2019—albeit completely new law or clarifications of current law—should start the process of drafting proposed bills and meeting with legislators now. In particular, now that the regular session is over and especially once the special session concludes, Senators and Representatives have more time for longer, more detailed conversations about constituent and business needs. It is the perfect time to set up a meeting, discuss your needs and policy implications of your proposal, and begin planning for the 2019 session. In addition, during that conversation—particularly with committee chairs of the relevant committee that would theoretically hear your bill—you could propose obtaining an interim charge to study the economic, policy, or social implications of the bill you are trying to pass. If you can obtain an interim charge, request to be a part of that process and provide testimony on the subject. Developing the record for the need for legislation—and any implications of the proposed legislation—is a helpful process for setting up successful legislation in the future.

Suit for Declaratory Judgment: For most, actively pursuing litigation is not the best option due to cost, but it nevertheless is an option. If you are seeking clarity of a law, think existing law is invalid, or want to challenge the law, pursuing a declaratory judgment in court may be a fruitful option. That is, a “person interested under a deed, will, written contract, or other writings constituting a contract or whose rights, status, or other legal relations are affected by a statute, municipal ordinance, contract, or franchise may have determined any question of construction or validity arising under the instrument, statute, ordinance, contract, or franchise and obtain a declaration of rights, status, or other legal relations thereunder.” [20] Thus, if you want to pursue a declaration of your rights under a certain law or challenge a law, seeking a declaratory judgment in court may be another option to consider.

In sum, while the 85th Legislative Session is over, there are still potential options available for accomplishing your goals if you are creative. And, if some of these interim steps are not palatable, start laying the legislative groundwork for 2019 now.

[4] Id. (“When the Legislature shall be convened in special session, there shall be no legislation upon subjects other than those designated in the proclamation of the Governor calling such session, or presented to them by the Governor; and no such session shall be of longer duration than thirty days.”).

[11] See City of San Antonio v. Texas Atty. Gen., 851 S.W.2d 946, 950 (Tex. App.—Austin 1993, writ denied) (“A request for an opinion, addressed to the attorney general . . . does not give rise to a species of litigation culminating in a decision by that officer that binds parties in their legal and equitable interests.”).

[16] Tex. Gov’t Code § 2001.021(c) (“Not later than the 60th day after the date of submission of a petition under this section, a state agency shall: (1) deny the petition in writing, stating its reasons for the denial; or (2) initiate a rulemaking proceeding under this subchapter.”).