Is this non-compete agreement enforceable? 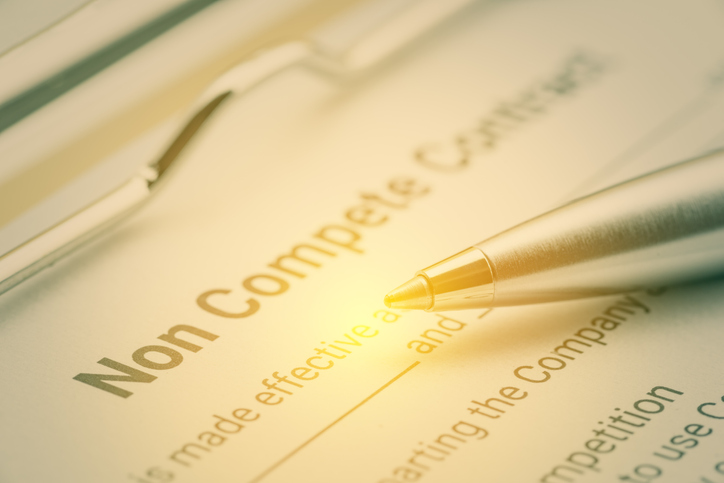 In Texas, competition is on the table. Despite Texas being an employment-at-will state, non-compete agreements represent an important point of negotiation between employees and employers. If you are looking to protect your company’s economic viability, you should bring yourself up to speed on the enforceability of employee non-compete agreements.

Texas has enjoyed strong economic and population growth in recent years, particularly in the technology sector. As start-ups sprout and established companies grow, more and more employees are getting specialized training and access to trade secrets and other confidential information. Consequently, non-competition agreements (non-competes) have become more important for employers who want to prevent former employees from taking customers or knowledge to competitors.

But employers beware—if you don’t pay careful attention to how a non-compete is drafted, you may be left with an unenforceable piece of paper. This blog will address the fundamentals of enforceability of non-competes and what limitations as to time, geographical area, and scope of activity have been deemed reasonable. In another blog post, we discuss what constitutes adequate “consideration” for a Texas non-compete.

Non-competes and non-solicits and non-disclosures, oh my!

Non-competes, non-solicits, and non-disclosures are all restrictive covenants that limit an employee’s capability to take certain actions during and/or after employment, but they have distinct purposes.

Not every state allows non-competes, but Texas does.

A handful of states have banned non-compete agreements outright, most notably California. In Texas, non-competes are considered a partial restraint on trade and governed by Texas Business and Commerce Code §§ 15.50-15.52. Section 15.50 provides that:

[A] covenant not to compete is enforceable if it is ancillary to or part of an otherwise enforceable agreement at the time the agreement is made to the extent that it contains limitations as to time, geographical area, and scope of activity to be restrained that are reasonable and do not impose a greater restraint than is necessary to protect the goodwill or other business interest of the promisee.

Unfortunately, the plain language of this statute does not offer a crystal-clear definition of enforceability, and indeed, Texas courts have wrestled with the concept since the statute was enacted. Consideration, or mutual promises, are key to enforceability and are addressed in a separate blog post, Upon Further Consideration: What Exactly Constitutes “Consideration” in Texas Non-Compete Agreements?

What restraints are “reasonable”?

“The hallmark of enforcement is whether or not the covenant is reasonable.”[1] A non-compete agreement must be reasonable in time, scope, and geography to be enforceable.

With respect to scope, the non-compete must bear some relation to the activities of the employee. An industry-wide exclusion of competition is unreasonable and unenforceable.[5] In the case of covenants applied to a personal services occupation, like a salesman, a restraint on client solicitation is unreasonable when it extends to clients with whom the employee had no dealings during his employment.[6] However, “courts in Texas do not require competitors to offer the exact same products and services to enforce a covenant not to compete.”[7]

Unreasonable restrictions “do not void a covenant not to compete but limit its enforcement.”[8] If a trial court determines that any particular provision is unreasonable or overbroad, the trial court has the authority to reform the agreement and enforce it by injunction with reasonable limitations.[9] It is important to craft a non-compete carefully and narrowly so that it will be enforceable, should you need to enforce it. If you or your company need to explore options for drafting or enforcing non-compete agreements, please contact Cobb & Counsel.