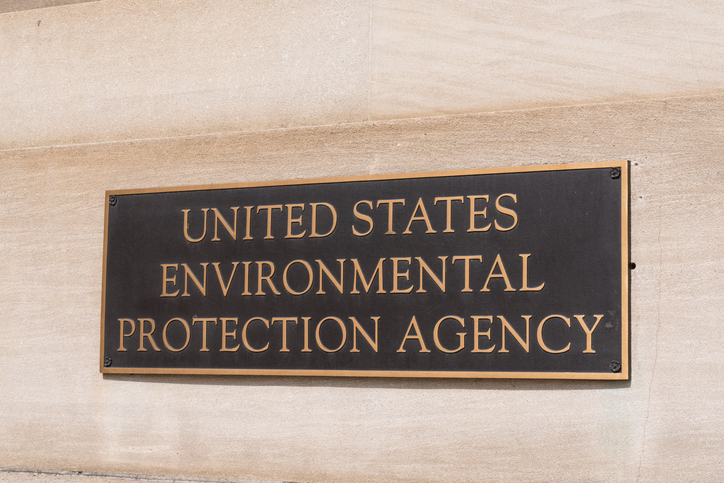 President-elect Trump has vowed to undo many of the Obama Administration’s environmental regulations, but doing that might be a little harder than is commonly supposed. Certainly, President Trump will be able to reverse some of President Obama’s environmental policies instantly and unilaterally. Other changes, though, will take months or years of work with Congress, federal agencies, the states, or the courts. The controversy plaguing the Dakota Access Pipeline decision-making process illustrate these limitations well.

For months, Native American Tribal leaders, environmental activists, and Hollywood celebrities made international news protesting the proposed route of the pipeline. The protesters demanded that the U.S. Army Corps of Engineers deny the pipeline an easement under a lake in North Dakota that supplies drinking water for the Standing Rock Indian Reservation. Now, the Corps has decided to reject the pipeline easement and begin an Environmental Impact Statement (“EIS”) process under the National Environmental Policy Act (“NEPA”).

The Corps’ decision is governed by NEPA, which is a general law, not a regulation, and cannot be undone by executive action. Once the Corps decided that the pipeline easement decision would require an EIS (instead of a less onerous process, like an Environmental Assessment), a train of statutorily-required and time-consuming events became necessary: publication of a Notice of Intent in the Federal Register, a draft EIS distributed for public comment, revisions to the draft, further comment, and, all the while, various studies conducted by federal and state agencies. President Trump will direct the final outcome of all this, but, from the energy industry’s perspective, that is probably beside the point. The pipeline’s owners, and the customers and investors they serve, will have spent hundreds of millions of dollars on the pipeline and related infrastructure while the money and equipment sit idle, languishing in the federal bureaucracy for a couple of years until NEPA has run a course that was rendered pointless the moment Donald Trump was elected.

President Trump could make other changes to environmental policy immediately. On the day he is sworn-in to office, President Trump will be able to cancel US participation in the Paris climate accord, an agreement among 195 countries that could, the accord declares, reduce anthropomorphic global warming. Signatory countries spent years negotiating the agreement, convening grand meetings around the globe and pronouncing solemn commitments to do extremely expensive and onerous things. The accord does not have a mechanism for enforcing those commitments, but it does make withdrawing from the agreement quite difficult.

No signatory is allowed to withdraw until four years after the accord comes into effect. Many journalists think this provision prohibits President Trump from abrogating US commitments under the accords during that time. However, the US did not approve the Paris accord as a treaty under US law, it is simply an executive agreement that is not a binding legal commitment. Therefore, even if President Trump does not formally withdraw the US as a signatory to the Paris accord, he could simply decline to maintain the commitments that President Obama made when his administration accepted the accord. In either event, the effect would be the same: Trump, immediately and unilaterally, could decide that the US will not meet the emissions reduction targets in the Paris accord.

Other executive actions will require more time–perhaps more than the Dakota Access Pipeline EIS. President Obama’s most important environmental initiative was the Clean Power Plan (“CPP”), a final rule of the US EPA that would reduce allowable emissions of greenhouse gases from power plants over the next 15 years. President Trump could not undo the CPP simply by issuing an executive order reversing President Obama’s orders, which are extremely limited in scope and effect. In order to repeal the CPP, President Trump’s EPA would have to undertake a full notice-and-comment rulemaking under the US Administrative Procedure Act, a process that includes publishing a notice of proposed rulemaking, providing an opportunity for comment, publishing a statement in response to the comments, and, likely after further comment and revision, publishing a final rule. This would take at least a year, and it would be the subject of fierce litigation that would likely delay repeal for several more years.

Right now, the CPP is tied-up in the DC Circuit, having been stayed from implementation by the US Supreme Court. Instead of enacting a new rule or law, the Trump Administration could simply decline to defend the CPP in court and wait a short while for the court’s decision, which is expected to be issued early in 2017. If the DC Circuit ruled that the CPP is illegal, the rule would likely die, and it would do so long before the CPP would be replaced.

One way to reduce pending and future litigation over the CPP would be to amend the Clean Air Act (“CAA”) to restrict the EPA’s regulatory authority over greenhouse gas emissions. Currently, the EPA is required to regulate those gases under the US Supreme Court’s interpretation of the CAA in the Massachusetts v. EPA decision. The CPP is an attempt to comply with the Supreme Court’s interpretation of the CAA; if the CAA were changed, there would be no legal requirement that the EPA regulate greenhouse gases. Because Republicans control both houses of congress—and there is no threat of a presidential veto—amending the CAA possible.

Perhaps the greatest power President Trump will be able to wield in his attempt to roll-back the Obama administration’s environmental regime is the staffing of federal agencies. This power could have an immediate, direct, effect on environmental law. For example, President Obama’s Secretary of the Interior announced a few days after the presidential election that the federal government would not be offering leases for oil and gas production in arctic waters through 2022. By law, the Interior Department’s decision cannot become effective until July 1, 2017; long before that date, President Trump’s Secretary of the Interior could revise the leasing plan to include additional areas for oil and gas production. The plan, if it went into effect, would not be revised overnight, but the decision leading to the revision—and a complete change in energy policy—would be.

President Trump’s staffing changes could also indirectly affect the law for decades to come. All levels of government depend on vast numbers of staffers who are hired by politicians or political employees but who continue to work for the government long after the leaders who hired the staffers have been replaced. Over time, these staffers can become a government within the government, developing procedures and cultivating institutional power that can profoundly affect how—or even whether—a politician’s preferred policies are implemented. Remember, the politician likely does not know the details of how a policy or rule is made, so knowledgeable staffers can undermine or help the politician in ways that can affect the timing and content of regulations.

If Hillary Clinton had won the presidential election, she would have been able to ensure that the new hires at EPA and other regulatory agencies were similar to the people President Obama had been hiring for the previous eight years. President Trump will likely see to it that very different people are hired at those agencies, something that could slow or even reverse the advance of the existing bureaucracy’s agenda. In some ways, this slow, hidden, process is more important than high-profile regulatory orders (e.g., Keystone pipeline) that the president issues, because those orders can be summarily reversed by the next president, but the assumptions and preferences of staff cannot.

President Trump will change US environmental policy. He will probably not do it as quickly and easily as his supports hope and opponents fear, but he has a wide range of means at his disposal to translate his ideas into law, and he will likely use each of them, as circumstances and events require.