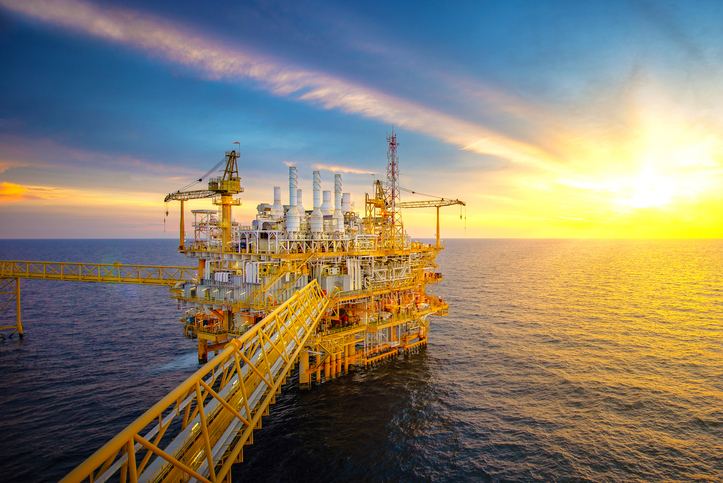 Texas is changing, and so is the way it regulates the oil and gas industry. Get ready. It’s about to get a whole lot tougher to operate here.

Texas has earned its reputation as a place where people like to do business, and perhaps no business is more closely associated with the state than the oil busines. Texas is also famous for being skeptical of government regulation in general, and environmental restrictions in particular. So it would be natural to assume that Texas tries to do as much as possible to push the oil and gas industry forward and as little as possible to slow it down.

In some ways, the conventional wisdom is right. If you want to become an oil and gas operator in Texas, all you have to do is pay a modest fee, fill out a form, then wait a little less than one week for it to be approved. And it is true that the state energy regulator will not monitor your every move at an oil and gas operation site. But those facts obscure the truth about Texas oil and gas regulation.

It is more difficult to produce, transport, and refine oil and gas in Texas than it used to be, and it will become much more difficult in the near future. Very few people—even those in the oil and gas industry—understand the reasons for the change. In fact, few of them are aware that there will be a change at all. Everyone who is interested in becoming, or investing in, an oil and gas operator in Texas needs to understand the rapidly changing Texas regulatory environment and know the reasons for the changes.

Let’s begin, as oil and gas operators do, with drilling. To punch a hole in the ground, all you need are P-5 and W-1 permits from the Texas Railroad Commission, which will be quite willing to provide them. But the permits won’t do you any good if you can’t do anything with them. Your drilling site will be a lot closer to cities and people than it would have been just a few years ago. Every day in Texas, sprawl swallows farms and ranches, and excretes subdivisions and shopping malls. Where before there were only cows, crops, and royalty owners, now there are families from California and the noise ordinances, zoning restrictions, and pollution controls that, understandably enough, they demand. Recently, the Texas Legislature tried to limit the effects of urbanization on the oil and gas industry by enacting a bill that prohibits cities from regulating oil and gas operations, but that allows cities to make the usual sorts of local laws that tend to limit all industrial activity, including oil and gas. The Texas oil and gas industry was split on that bill; one group thought the bill did not do enough to restrict local regulation of oil and gas activity, the other group thought that it was the best bill the industry would ever be able to get. The latter group won the argument and, perhaps, rightly so.

Texas is filling with millions upon millions of people who do not depend on the Texas oil and gas industry for their livelihoods, and have no sentimental attachment to it. As they settle in, the political power of the cities and suburbs will wax, and the influence of the oil and gas industry will wane. Urban and suburban legislators will likely propose new bills that restrict the oil and gas industry in various ways. The industry will lose some fights about those bills; consequently, oil and gas regulation will become more restrictive under the new laws. The oil and gas industry will also have more fights in court. Oil and gas wells in Texas are invariably connected to pipeline systems, each of which crosses many properties before it arrives at a refinery, which might be hundreds of miles away from the well. Until recently, the pipeline would likely cross only farms and ranches, many of which were owned by families who were oil and gas royalty owners, and who used the land to make a living. Now, pipelines have to cross more populated areas, and the rural land that the lines do cross are increasingly filled with hobby ranches that are valued for their beauty, seclusion, and wildlife, rather than their potential to produce revenue. The result is that there are more properties for pipelines to cross than there used to be, and the new owners, whether they’re urban or rural, are more likely to sue to prevent pipelines from crossing their land. The judges that these landowners elect have already begun restricting the pipeline companies’ authority to force landowners to allow lines on their land. Federal pipeline safety regulators are also proposing new regulations on how those pipelines can be constructed, maintained, and repaired.

Both of these forces—restrictions on pipeline easement acquisition, and additional rules on pipeline operation—will make transporting oil and gas much more expensive and time-consuming than it used to be. What many people do not realize is that these forces will have the same effect on oil and gas production, because drilling plans—and all the acreage, people, and equipment they require—have to be purchased or leased long before the pipeline easements are finally pieced together. Consequently, no matter how easy it may be to obtain a drilling permit—something the Texas Legislature will try to make even easier in 2017—operators will be left with the growing problem of getting oil and gas from wells to markets.

But let’s say you do get your operating and drilling permits, and arrange your pipeline easements. The conventional wisdom might be that it is easier to operate in Texas than it is in most other oil and gas producing states, because the environmental regulations are more lax here. However, if that ever was the case, it certainly no longer is, because federal environmental regulations disproportionately impact operations in Texas. The reason for this is not intuitive. The EPA’s restrictions on air pollution from oil and gas activity are often particularly stringent in places that are close to areas that already have high concentrations of gases that the EPA tries to restrict. Much of the oil and gas production and refining in Texas takes place very close to areas like Houston and Dallas-Fort Worth, which have relatively high levels of regulated gases. Consequently, oil and gas production and refining in Texas is subject to greater air emissions restrictions than production in other oil and gas producing states like North Dakota, Alaska, Oklahoma, Louisiana, and New Mexico, which have fewer population centers. As the EPA proposes more and more air emissions restrictions, and as the growth of Texas cities outpaces growth elsewhere in the country, environmental regulation will become increasingly more burdensome in Texas than in other states.

There is very little the state can do to reduce the impact of these restrictions. The Texas Commission on Environmental Quality tries to implement EPA regulations in a way that gives oil and gas operators maximum flexibility regarding how they comply with federal restrictions, but the restrictions themselves are onerous, and have recently become more so. While President Trump has promised to undo some of those regulations and prevent others like them from being promulgated, this process will take several years to play out, during which time the courts and Congress are likely to thwart some of the President’s attempts to roll-back burdensome regulations.

What oil and gas operators need to know, and begin to plan for right away, is the fact that the state will eventually have less interest in giving operators flexibility in achieving federal standards, in expediting the drilling permit process, or in making Texas oil and gas operation easier in other ways. The reason is simple. Texas will have more and more voters who want to reduce noise, traffic, and pollution, and fewer and fewer voters who want to make oil and gas operation easier. The coming, increasingly-restrictive regulatory environment in Texas is not contingent on the outcome of pending lawsuits between the state and the federal government, or on the state’s transition from a red state to a purple or blue one—which might never happen. Instead, the regulatory changes will come from within Texas, not just from the federal government, and from within both parties, not just one, because the overwhelming majority of voters in Texas will live in cities and suburbs, and they will work in industries that—they think, anyway—have nothing to do with the oil and gas industry.

The change in state policy will not happen before the next election, but it will happen during the operational lifetime of most oil and gas leases, wells, and equipment. Before operators and investors decide to commit resources to those assets, they should consider whether state and federal government regulations will render them uneconomic or illegal.