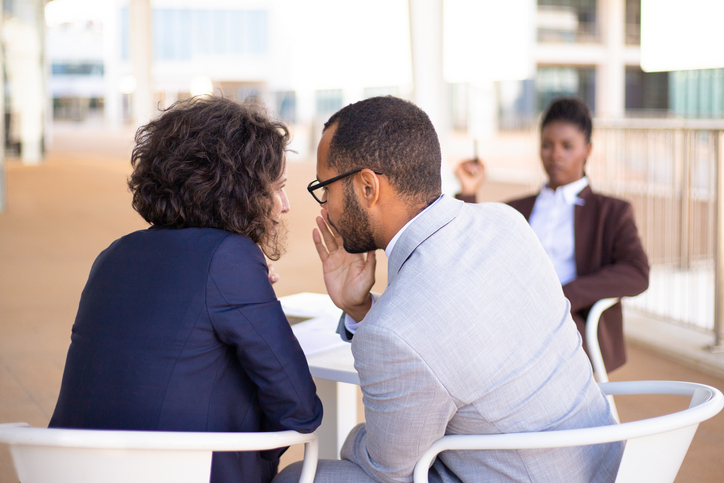 Should Officers and Employees be Informed of Their Right to Separate Counsel to Preserve the Corporation’s Privilege and Cooperation Credit?

In The Big Short—the film adaptation of Michael Lewis’s best-selling book about the financial crisis—Brad Pitt, Ryan Gosling, and Steve Carell reveal the crimes and mistakes that brought the world to the brink of total economic collapse. At the end of the film, the audience is told that no Wall Street executives went to jail; that after all the greed, stupidity, and carelessness, the government never really bothered to punish anyone. The audience is supposed to be shocked and angered that the government let everybody off scot-free.

Now, the federal government is trying to increase prosecutions of individuals involved in corporate misconduct. During the investigations into that misconduct, corporations will not have the right to remain silent.[1] This is very important, because the U.S. Department of Justice recently issued a directive known as the Yates Memo, which requires corporations under criminal or civil investigation to disclose all relevant facts related to any of its individual officers, employees, or shareholders who may have committed misconduct. Before a corporation would be able to make the required disclosures, it would have to conduct an internal investigation.

Complying with Upjohn has never been more important. To ensure that corporations issue adequate Upjohn warnings, they should inform all individuals that they have a right to be interviewed with their own, personal counsel present. Corporations should also consider drafting a formal, uniform version of the warning that they issue to all individuals, along with a written summary of what the warning means and the privileges that it creates and doesn’t create. Corporations should also require all individuals to acknowledge in writing that they were given the warning and that they understand the consequences of it. The Upjohn warning is sometimes called the “corporate Miranda,” after the U.S. Supreme Court decision that requires police officers to inform individual arrestees of their constitutional rights. There are indeed important similarities between Miranda and Upjohn. Under the Miranda line of cases, if an officer does not inform the individual of his rights, the arrestee can sometimes avoid conviction.[3] Under Upjohn and the Yates Memo, if a corporation does not inform an individual of his rights during an internal investigation, the individual retains the privilege over his admissions, which limits the government’s ability to discover the admissions and prosecute the individual. The great difference between Miranda and Upjohn-Yates, however, is that an officer usually cannot be prosecuted for failing to issue a Miranda warning, but a corporation can be prosecuted, eventually, as a result of failing to issue an Upjohn warning. Another difference between Miranda and Upjohn-Yates, of course, is their relative prominence in popular culture. Miranda has been an important part of crime films on the big screen for decades, and Upjohn-Yates is limited, for now, to screens at legal-education presentations. But the Big Short shows that this dichotomy might not always be the case.

After the Great Recession, there is a growing popular interest in liability for corporate misconduct. If you don’t want your corporation to be the villain of a future Michael Lewis book, your CEO the object of scorn and derision in a screen adaptation devoured by audiences around the world, enhance your Upjohn warnings to comply with the Yates Memo, and earn your cooperation credit.