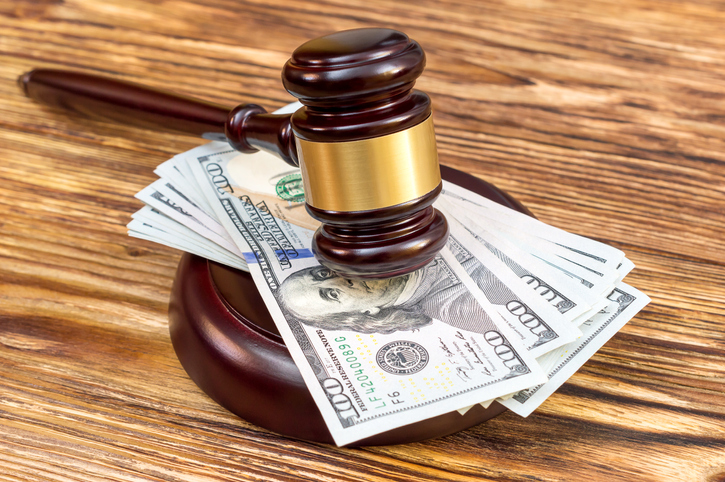 The question arose within the context of the Texas Optometry Act, which authorizes a person to seek a “civil penalty” not to exceed $1,000 per day for violation of the Act,[2] and the Texas Civil Practice and Remedies Code, which authorizes an award of exemplary damages “only if damages other than nominal damages are awarded,”[3] where “[e]xemplary damages,” are defined as “any damages awarded as a penalty or by way of punishment but not for compensatory purposes.”[4]  Chapter 41 of the Texas Civil Practice and Remedies Code, however, applies only to actions “in which a claimant seeks damages relating to a cause of action.”[5]

Analyzing these provisions, the Fifth Circuit held that civil penalties under the Texas Optometry Act were exemplary damages for two reasons:

And accordingly, because penalties are “exemplary damages,” Chapter 41 prohibits their recovery in the absence of actual damages.[6]

On rehearing, however, while the Fifth Circuit reaffirmed its holding as to liability, it vacated its decision regarding the monetary award.[7]  In its opinion, the Fifth Circuit certified two questions to the Texas Supreme Court.

The Court’s answer will have a significant impact on future regulatory enforcement. Excluding civil penalties from the reach of Chapter 41 invites litigation by removing the barrier of showing actual damages to recover, and correspondingly, actual harm to establish standing. And if civil penalties are not “damages,” then presumably civil penalty awards are limitless?

Indeed, the Court’s response is likely to spawn the litigation of numerous related issues. If the Texas Supreme Court determines that civil penalties under the Texas Optometry Act are “exemplary damages,” will the same be true under other statutory enforcement schemes? For example, the Texas Finance Code permits a person to recover “not less than $100 for each violation” of certain debt collection provisions, in addition to the recovery for actual damages.  Tex. Fin. Code § 392.403. And Texas law permits the recovery of civil penalties against persons unlawfully capturing images of a landowner’s property. Tex. Gov’t Code § 423.006 (permitting the recovery of a civil penalty by individuals of $5,000 for all images captured in a single episode or $10,000 for disclosure of the images captured).

Will the Texas Supreme Court’s decision apply to these statutory schemes?  Of course, there are more statutes such a ruling could potentially affect.[8] Perhaps the biggest question that will arise from the Court’s decision is whether the same principle applies in public (v. private) actions, in which the Attorney General seeks civil penalties. If so, the number of affected statutory enforcement mechanisms is vast, with the following list comprising a small sample:

Other important questions could also arise if the Texas Supreme Court rules that civil penalties are in fact “damages,” including whether “civil penalties” recovered by the Attorney General (under the Deceptive Trade Practices Act and others) will continue to be allocated to support legal aid under the Chief Justice Pope Act. If the Texas Supreme Court exercises its discretionary authority to answer the Fifth Circuit, it may open the door to countless new questions.

[8] See, e.g., Tex. Health & Safety Code § 545.702 (providing for civil penalties for unlawful disclosure of HIV test result); Tex. Gov’t Code § 442.012 (permitting resident of Texas to sue for civil penalties on behalf of state for violations of Texas Historical Commission laws or violations of the Antiquities Code of Texas); Tex. Health & Safety Code § 162.013 (person injured by certain actions of blood banks may seek actual damages and a civil penalty of not more than $1,000).