No Evidence Required to Support a Notice of Removal 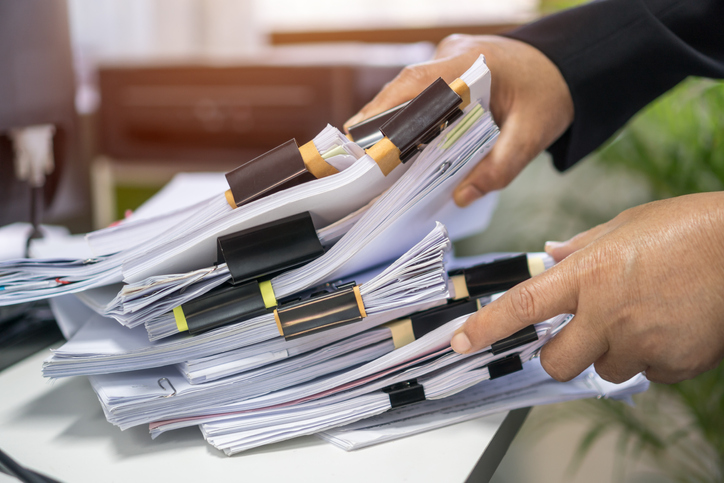 “A statement ‘short and plain’ need not contain evidentiary submissions.”

In an earlier post, we analyzed the oral arguments and lower court decisions that were before the High Court in Dart Cherokee Basin Operating Co. v. Owens, Cause Number 13-719, proceeding before the United States Supreme Court.  There, the parties posited the following question to the Supreme Court:  “To assert the amount in controversy adequately in the removal notice, does it suffice to allege the requisite amount plausibly, or must the defendant incorporate into the notice of removal evidence supporting the allegation?” The Court, on December 15, 2014, answered the question simply:  “In sum, as specified in § 1446(a), a defendant’s notice of removal need include only a plausible allegation that the amount in controversy exceeds the jurisdictional threshold.” To remove a case to federal court under the Class Action Fairness Act, the class must have more than 100 members, the parties must be minimally diverse, and the amount in controversy must exceed $5 million.  The issue in Dart Cherokee Basin Operating Co. v. Owens was what proof is necessary for this last requirement, the amount in controversy?  28 U.S.C. § 1446(a) requires that a notice of removal contain a “short and plain statement of the grounds for removal.”  It is significant, according to the Court, that this language tracks the general pleading requirement found in Rule 8 of the Federal Rules of Civil Procedure.  And aptly stated by the Court, “[a] statement ‘short and plain’ need not contain evidentiary submissions.” Moreover, Section 1446(c)(2)(B) provides the procedure for a disputed amount in controversy, noting that “removal is proper on the basis of an amount in controversy asserted” if the district court finds “by a preponderance of the evidence, that the amount in controversy exceeds” the applicable jurisdictional threshold.  And logically, the Court concluded, “a dispute about a defendant’s jurisdictional allegations cannot arise until after the defendant files a notice of removal containing those allegations.” The Court’s ruling is significant.  It confirms the approach taken by many other Circuit Courts of Appeals, including the long-standing practice of the Fifth Circuit, that 1446(a) requires only a short and plain statement of the jurisdictional requirements for removal.  See, e.g., Rachel v. State of Ga., 342 F.2d 336, 340 (5th Cir. 1965) (“As to this matter, we have no doubt that the rules of notice pleading apply with as much vigor to petitions for removal as they do to other pleadings.”).  Thus, for practitioners in the Fifth Circuit, nothing has changed.  Had the Court not answered this question, however, attorneys in the Tenth Circuit would have been wise to attach evidence to a notice of removal to establish the amount in controversy or face the risk of remand.  After this decision, it is clear for practitioners in all circuits that a defendant seeking to remove a case under the Class Action Fairness Act need only provide a short and plain statement—a plausible allegation—that the jurisdictional amount in controversy has been met.  Then, if the plaintiff challenges the amount in controversy, evidence may be required at that time to establish defendant’s allegation, but not before then.